👍 2
Posted 21/Jun/2022 21:34:37 (14 days ago)
Honestly I'm very saddened by the new Zebstrika melan. What was wrong with the pretty blue? Why did it have to go to muddy red... I understand wanting to upgrade sprites, but colors are subjective. It seems like a lot of work for something that people will just get upset over.
Avatar by BlubGod (Used with permisson) 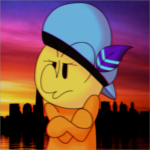 👍 2
Posted 22/Jun/2022 03:40:03 (14 days ago)
Edited 22/Jun/2022 04:06:05 (14 days ago)
Also kinda disappointed in the drastic color changes here. I feel for anyone who hunted or paid for a melan only to have the color change into something they like less than the old one. It makes me afraid to melan hunt something in Unova (I was going after Emolga) knowing that it will likely change to something I don't like as much. I understand that updated sprites are necessary, but it seems that the artists are not even considering leaving the color palette the same. :( Edit: Just read previous posts and yep this is how it's going to be from now on. At least there is a warning now on the albino page.

Avatar is my own art 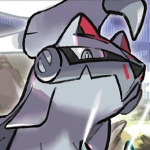 Edit: Just read previous posts and yep this is how it's going to be from now on. At least there is a warning now on the albino page.
Interesting that there's a warning now! It might as well just say all sprites, right? :p We're still getting revamps of gens that already were redone whenever art staff decides they're no longer consistent. I wish that things that were already redone would stop being tweaked and leave good enough alone, admittedly... updating their standards every year or so means they're going to be infinitely cycling through updating every sprite, and that feels like such a waste of resources and potential... 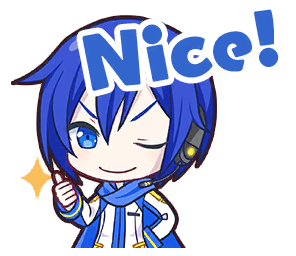 When this sweetly spicy Berry's thick skin is peeled, many pieces of the fruit spill out.

A rare mushroom that would sell at a high price.

Avatar Art by neojin. For me
Signature by CatEnergetic, with help from Wardove. Official GIF from Steven Universe!

It's depressing how some people call us lazy, while other people tell us to stop working. Yes, our standards improve year on year, and our work will be updated to reflect that.
It's depressing that you completely ignore what we're actually saying and only choose to hear insults. It took me over 11,000 eggs to hatch melan Sentret. That hard work could be gone in an instant if an artist decides "Actually, I think this one should be changed based on a small groups whims :)" How dare players be attached to anything. How dare anyone being up concerns. Once again, colors can't be called "standards". Some are more likely to be seen as "bad", such as unfortunately colored smoke in Munna/Munsharna's case. But how can you look at something blue and go "No, red is objectively better"? 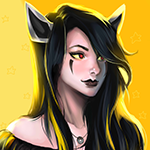 👍 12
Posted 22/Jun/2022 17:11:38 (13 days ago)
Edited 22/Jun/2022 17:11:55 (13 days ago)
Notice: Due to the high tension, I'm locking this thread for 24 hours so that everyone can cool off. After that, users may proceed to post constructive criticism. Please understand that we know where some of you are coming from - individual staff members have had the same upset - but this does not mean you can lash out at the artists who have worked hard on these recolours. They are human beings, too, and deserve to be treated with the same respect as you and I. To those who have kept things respectful: thank you for the feedback. Our artists will see what can be changed where possible.

I will echo what Shazi has said, but I will add the following: It is okay to dislike the sprites. It is okay to tell us you don't like them. It's even better if you can be specific about why, so we can work to improve them. IT IS NOT OKAY to insult the hard work done by the art team. IT IS NOT OKAY to compare the sprites to distasteful bodily functions. IT IS NOT OKAY to be so obscenely toxic. Time and time again the art team have shown willingness to work with you, to receive feedback and to iterate on the design, to try again where sometimes they might fall short. But if this is how you continue to treat my team, maybe it's time I start actually enforcing the "Respect other people" rule around here, because believe me there'd be some hammer swinging. To summarise: Feedback is OK, keep it coming. Toxicity is not, leave that at the door.
Avatar by Valeria for my personal use only.

👍 3
Posted 23/Jun/2022 17:34:55 (12 days ago)
The thread is now open for discussion again. Please make sure you keep your comments respectful and constructive going forward. We have been lenient about warnings in the past but we will be more strict about enforcing the rules on respecting others now that the timeout lock period is over.
Current Hunt: Cubchoo Babs Chain Length: 2703 Shinies Hatched: 43 All for sale pokemon can be found in my fields. No trade PMs please.
⋆ Snek's Journal ⋆ MCA ⋆ SCA ⋆ PFQ-CG ⋆ ⋆ HUGE Mass Click List ⋆ Snek's Black Market Shop ⋆ Elta's Calculators ⋆

👍 15
Posted 23/Jun/2022 17:53:10 (12 days ago)
I'm not around the site much anymore, but I do keep up to date on the sprite updates. I just wonder if there isn't some kind of... idk, middle ground between the two parties? This discussion comes up so often, almost every time a sprite gets updated, and it gets out of hand almost every time. And it's so understandable why everyone is frustrated. The artists on site get their art basically thrown back in their faces, but users who spend time and potentially real life money on site may also get one of their favourite sprites changed without any warning, and what they perceive as without reason. But this 'issue' keeps happening, with the same arguments getting brought up every time and (as far as I can tell) nothing budges. I don't know what the middle ground is, and I have little to no artistic background, but would there be a way for the current outlines for the albino and melan colourations to take from the old colours rather than having completely new colours? Rather than making a new palette, taking the original sprites colours but tweaking them towards what the new standards are? That way people who enjoyed the original melans can still kind of have the sprite they hunted for, while the site can still work within the improved guidelines. Also, on something that I think might just be me

I can't tell if it is just me, my computer settings or something else, but Oshawotts sprite now seems to have a slightly blue/grey tinted head? As far as I can tell, it's head has been white in all media, so is it a mistake or something to do with shading? As I say, it also could just be my eyes ^^;
gwagwa