👍 3
Posted 19/Oct/2013 01:08:16 (8 years ago)
This was an amazing story, definitely worth the read. It was detailed and well thought out with an interesting plot, and a bit of humor to keep you entertained. I just loved how the Pokemon were complaining to the trainer. Excellent story.
CODE:
Currently playing Ultra Sun Currently Hunting Shiny Ghastly Signature by Galladerox 👍 0
Posted 19/Oct/2013 01:46:34 (8 years ago)
To be honest, right now I only had time to read the part up till Ren asks Silent Moon if they could hunt together (then skipped to the ending), but from what I read up till then, I found it quite interesting. It's also somewhat rare to see a Pokemon story these days that features a main character that's mated or has kids, so plus points for that. One thing I noticed was that it's not clear whether Silent Moon is male or female, but that may have just been because I didn't read too much yet.
Yo yo, I'm Atty. Need anything? Feel free to PM me! Avatar finally fixed. XD 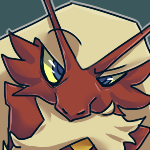 👍 1
Posted 19/Oct/2013 07:05:55 (8 years ago)
at a surten point i got dragged into the story and saw the images infront of me(yes i am an image thinker when i have fantasy in mind). which is a really good thing sinds it only means this story will be very interesting too others. i found it really well written and told. i hope too see more.
where there is darkness, there is light. where there is light, there is shadow. 2 sides of 1 coin. reflecting each other. can not live too one another or without each other. avi made by Unity100/me link: Advanced Espeon. Official pokemon art by Pokemon company. Espeonic made by Unity100 uploaded at Photobucket cat avis here: cat miauw

This post contains one or more BBCode Errors and cannot be displayed properly.

If this is your post, please edit it to correct these errors. For now, the post will be shown raw, with no BBCode processing. 👍 0
Posted 19/Oct/2013 10:49:39 (8 years ago)
Brilliantly well written but it gave me so many feels you don't even know. I'm sad for Moonie and her cubs, but I like the way you write. I can't understand those who said they skipped or gave up on reading. This is very good. Keep up the good work! ^w^
<---click this :D Floating Davesprite, Jade, and sign banner by kitty221122 on the original PF Stamp by lavenderink on DA.