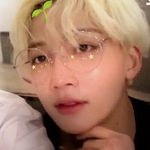 hi~ i'm clairvoyage! you can call me clair!

👍 0
Posted 29/Oct/2013 11:15:53 (7 years ago)
There are plenty of things I could say about this one-shot, especially how I like the realism in it, but I still find it pretty hilarious how a guy used a Master Ball on an Absol. xD As for more, I think that it's fine enough as it is as a one-shot. Definitely makes the reader think. Very dramatic. But of course, if you want to expand on the story, I won't complain. ^^

This post contains one or more BBCode Errors and cannot be displayed properly.

If this is your post, please edit it to correct these errors. For now, the post will be shown raw, with no BBCode processing. 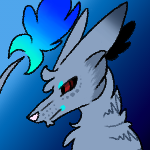 👍 0
Posted 16/Feb/2014 21:19:34 (6 years ago)
Edited 16/Feb/2014 21:20:31 (6 years ago)
Niet, you are such an amazing writer. You have so much detail and depth to your pieces. I could really see everything in this story and felt Silent Moon's determination and pain as my own. At that final click that confirmed her capture, I felt all my remaining hope and prayers drain out, leaving fear, depression, and helplessness that Silent Moon must have been feeling. I have to admit, evil writers like you might just be my favorite. And to those who think it was stupid of the trainer to use a Master Ball on an Absol, I agree wholeheartedly. Who cares if she was a boss? Save it for Mewtwo or a shiny.

👍 0
Posted 21/Feb/2014 19:44:21 (6 years ago)
I read this story a few days ago and found myself still thinking about it—it really stuck with me. It’s a unique read to be sure. After all, I’m sure a lot of us Pokemon players don’t usually tend to think about whether or not the Pokemon we’re trying to capture has a family that it loves dearly. The pacing of the action started off steady, then seemed to pick up during the battle scenes, reflecting well on the alarming situation. The irony of the defeated Ampharos, while subtle, certainly wasn’t lost on me. I also like how the mechanics of the Pokeball was explained. The fact that it works by dominating the will of the Pokemon adds to the theme of “Trainers are ignorant,” so it was a good choice to add that in there. The opening sentence might seem cliché, but in another sense, its familiarity was perfect for setting up a false feeling of security. I certainly wasn’t expecting such a depressing story! Finally, I love how it ends with just that one word—“Click.” Even ending with a period instead of an exclamation point makes it feel very final. Now if you don’t mind humoring this lil fox, I just have three questions! 1. I’m curious, does Silent Moon truly respect the fallen Ampharos? It might just be me, but the way the rite was described (“fulfilled my most primal desires, and it felt good”, “strict rules to be followed, lest you invoke the wrath of Arceus”, “Now came the irritating part”) made it seem as if it was just another ritual to be performed—important, but not particularly important to Moon. I understood that the Ampharos was foraging for its own children, but did Moon? If she did, did she care? 2. This isn’t quite as important, but the Espeon didn’t seem as if it liked its trainer much, so going on that, how did the Trainer have an Espeon if Eevee can only be evolved into that through maximum happiness? Did he get it in a trade, perhaps? 3. More importantly, I know Pokemon can’t be released on their own, much less from a Master Ball, but suppose the Trainer called it out…Would Moon be able to stun him long enough for her to run away? It seems like she might be desperate enough to try it, perhaps? if not, I like to think that a friendly pokemon came along to take care of the kids ;_;
Avatar official Chi's Sweet Home art.