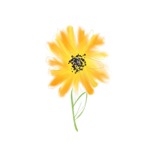 👍 11
Posted 05/Feb/2020 21:51:47 (7 months ago)
Is it possible for me to bring up a minor issue that I observed, and could be seen as inconsequential in another perspective? Please understand that it is about semantics and can come across as pedantic. I would like to suggest that “rules” avoid *potentially* ableist language, such as: “type like an idiot” and “there is no excuse”, both regarding text speak, which is a valid rule and not my focus of questioning here. The second one assumes that access to a keyboard is equal to the ability of using it, which places abledness as a default. Thank you. This may be important to some of the community. (It is for me.)

👍 0
Posted 16/Mar/2020 17:05:26 (6 months ago)
Edited 28/Mar/2020 23:00:24 (5 months ago)
Enjoying the game alot. Also excited for the new game coming up and glad you didn't reboot PFQ. Loving how nice the community is! However I see alot of language and dirty jokes that go under the radar. I almost feel as if the PG meant PG-13. Sorry if thats what you meant, but maybe some rules aren't clear enough or enforced well. Edit: Ok the mods talked to me about this. I see now that its point of view, not abuse of chat. It just doesn't seem clear to all people I suppose.
You a shipper too? Avatar made by Me. Check out my art shop!

👍 0
Posted 08/May/2020 20:53:48 (4 months ago)
I feel like this site doesn't explain enough of how it's varied evolutions etc. work, I've had a feebas for a month or more and still can't figure out on my own (i have tried asking, too) what to do in order to evolve it, the only hint I've got is that I have to increase the beauty. Another example is how I had to get perfect berries in order to evolve my shiny sylveon from an eevee. I had no idea how to do that, and had to make a forum just for asking how. I don't quite see the site having any sort of way to solve this on your own without going about asking a staff member or another player, if I'm missing something please enlighten me! Maybe it's on the wiki- but not all players use the wikis?

👍 0
Posted 08/May/2020 22:13:54 (4 months ago)
I love this site but one thing i dont like is having to unlock most summons. I've had a graceidea since my first box but not been able to use it
hey my name is charizard95 or some know me as riz or even ninja chairs lol all from pokebattlers if you want to know more about me then just ask i also accept rfrs 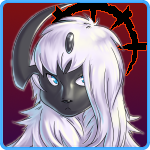 I love this site but one thing i dont like is having to unlock most summons. I've had a graceidea since my first box but not been able to use it
You can't get Summons from Boxes unless you unlocked them. That's a Forme-Change Item. 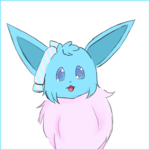 Garthic
I'm no master on computer games but this is so addicting and my favorite computer game ever! I've only been here about a month and have no experience with PF1 but I'd like to say I LOVE this site best of all! Its my favorite and I stay up late to play it ^^ I also like... Well, a lot, let's just say c: Mod edit: posts merged
Cotton☆She/Her Saving for Xerneas hunt!
8

/equiv per life antler if I have the funds, post in my trade shop! Credits*BG
Hi! I'm CottonEevee, aka Cotton! Please consider checking my links uwu I love art, spriting, coding... And my 'sona Cotton!

👍 0
Posted 13/Aug/2020 17:51:14 (1 month ago)
This could just be random nonsense, but as someone who is actively on the website everyday now, I have noticed that the same people seem to get Pokerus over and over again. I know it's supposed to be random, but since I am on here so frequently, I have begun to recognize the usernames of people who frequently get the chance to get Pokerus. I'm only starting to get frustrated, not just because I myself haven't seemed to have gotten it in literal years, but because I have friends who also have this problem. And we do mass click whoever has the Pokerus (Party and fields) so it's not like we aren't participating in it. I don't want to come off as like whiny over not getting it, I just wanted to bring to attention that the same people seem to get it every day. 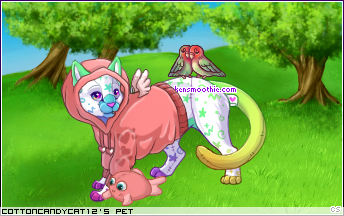 PFP by Doodlebugdog on dA Proof of use here

👍 5
Posted 13/Aug/2020 23:45:30 (1 month ago)
@cottoncandycat12 The same people typically get Pokerus often because they spend as much time clicking for Pokerus as they can every single day. Some of these people will even have rus click lists where they frequently are party clicking people that commonly get Pokerus. This results in them having more clicks on Pokerus users on average and thus giving them a better chance of getting rus. Also, on a related note, I'd like to point out that you currently show as offline on the site.

As the site seems to think you're offline, it's impossible for you to get Pokerus as far as I'm aware. I'd highly recommend logging out and then logging back in as this fixes the bug.