👍 0
Posted 17/May/2021 01:36:21 (2 months ago)
Edited 21/May/2021 03:55:48 (2 months ago)
For 1,200ZC | 6,000kCR | 6,000GP, I'll make you a simple custom pokemon adopt! Heavy emphasis on the SIMPLE here, I do not do very detailed designs nor ref sheets. You will be getting a flat colored image, like the rest of my adopts! Please tell me what pokemon you'd like, what clothing/accessories they're wearing, and what color scheme they have! If you have specific colors in mind but can't draw, you can color over the official art of that pokemon to give me an idea of what you're thinking of! (but be sure to credit the official art as such!!! And be SURE it is official art; I highly recommend Bulbapedia as a place to get official art!!)

example of something I can work with!

I would like a blue Psyduck with a purple scarf. The yellow parts are dark blue, the bill and feet are light blue, and it has a light blue heart on its forehead. 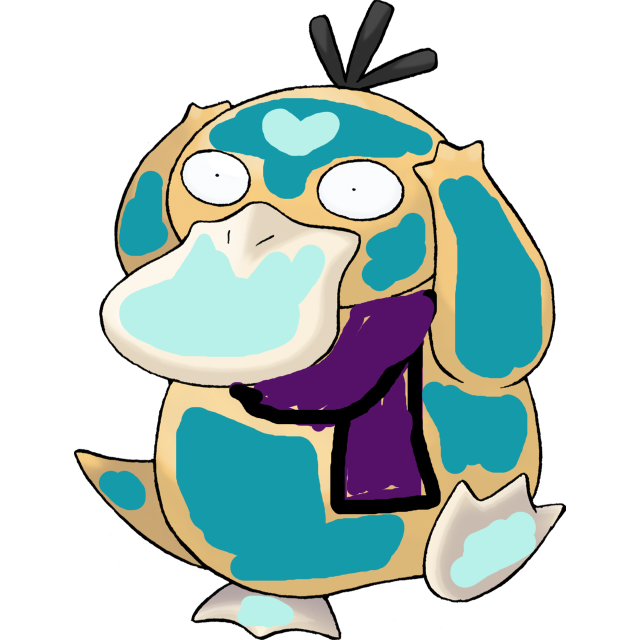 Psyduck art is official pokemon art, edited by me.
You may also give me simple prompts such as "Fire-type Psyduck" "Plushie Psyduck" and so on. Also let me know if you'd like them to be anthro, I can totally do that! I default to non-anthro if not specified. Optional form that is not required:
[b]Hey Chicken! Make me a friend![/b] Pokemon: Color Scheme: Accessories?: Anything else to note/references?: Payment:
For 1,500ZC | 7,500kCR | 7,500GP, I'll make you a custom pokemon fusion! Please tell me which two pokemon to fuse, as well as which one you envision as the "base" pokemon (while I do my best to blend the two species together, it often helps to lean into one species heavier than the other!) For example, this fusion has a Charmeleon "base" with Ribombee "theming" (NOT FOR TRADE!) (also this is older art so excuse the mess) 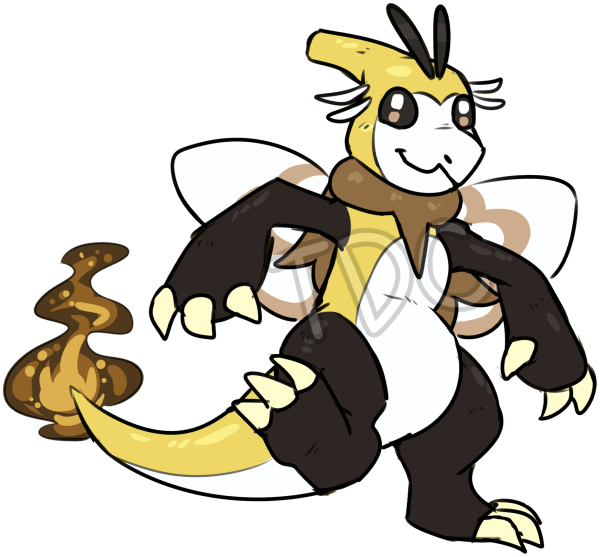 Optional form that is not required:
[b]Hey Chicken! Make me a fused friend![/b] "Base" Pokemon: "Secondary" Pokemon: Anything else to note?: Payment: 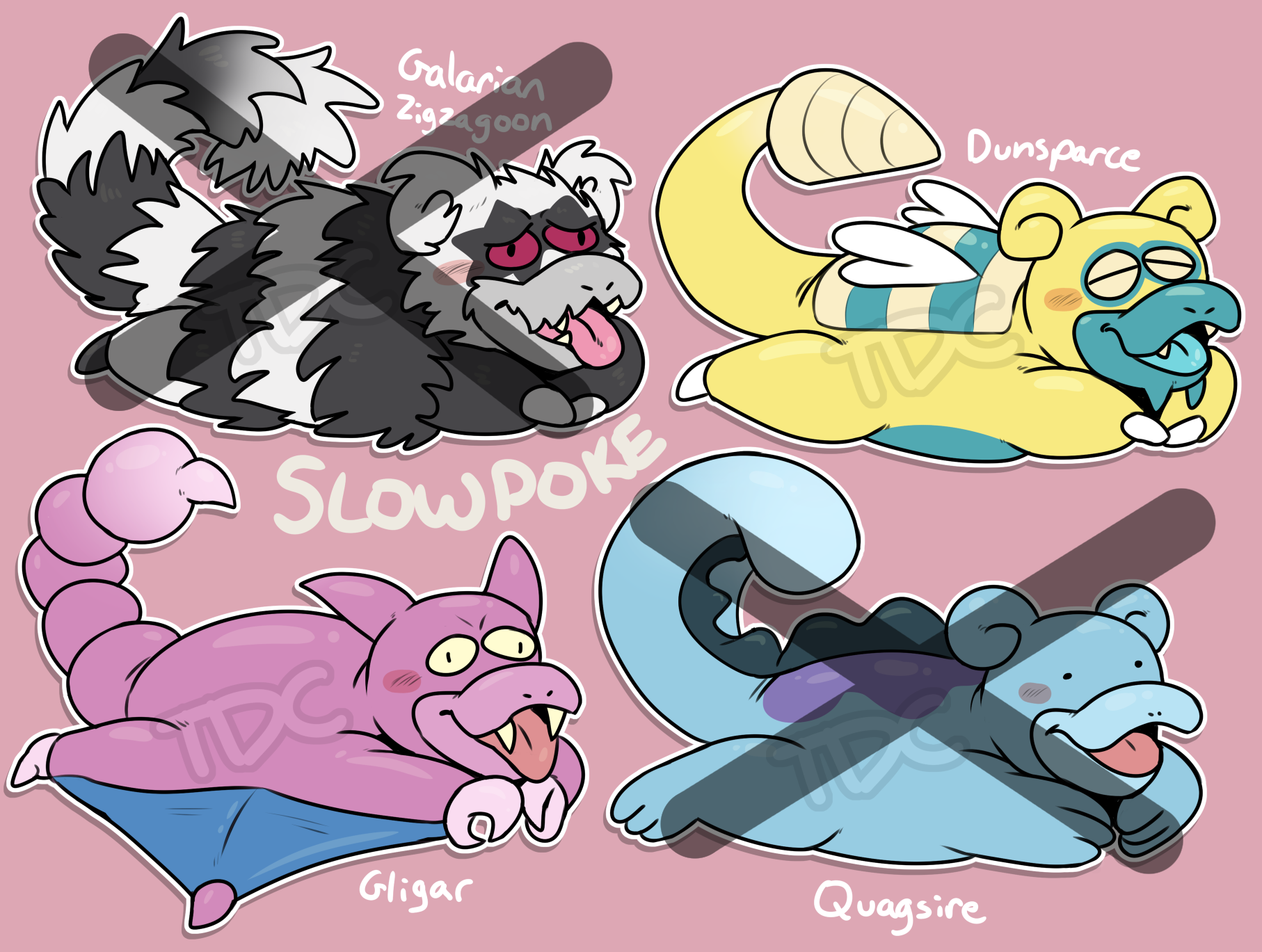 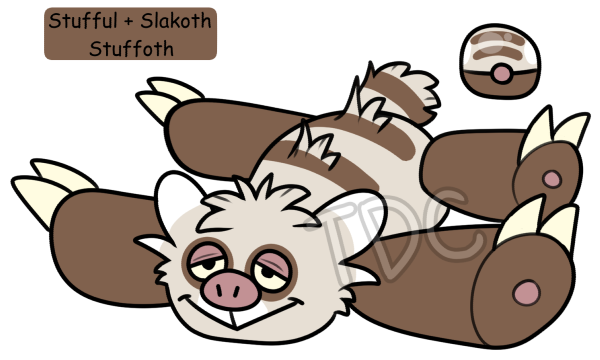 👍 0
Posted 17/May/2021 01:36:41 (2 months ago)
Edited 01/Jun/2021 06:11:03 (2 months ago)
Nightmare Pokemon "Nightmare Pokemon have only appeared in dreams, so while their physical existence has been up for debate, no one can deny their presence and impact in all cultures. Contrary to their namesake, Nightmare Pokemon are not all harmful creatures, but their intimidating presence has earned them this title. Strangely, they take the form of already-known Pokemon, implying they are simply figments of the imagination, but their widespread influence suggests otherwise. No picture has been taken of them, but the most common traits are dark, amorphous bodies and glowing white eyes that never blink. Some Nightmare Pokemon are said to be much, much larger than their real-world counterpart, standing two or three times taller than the average human." 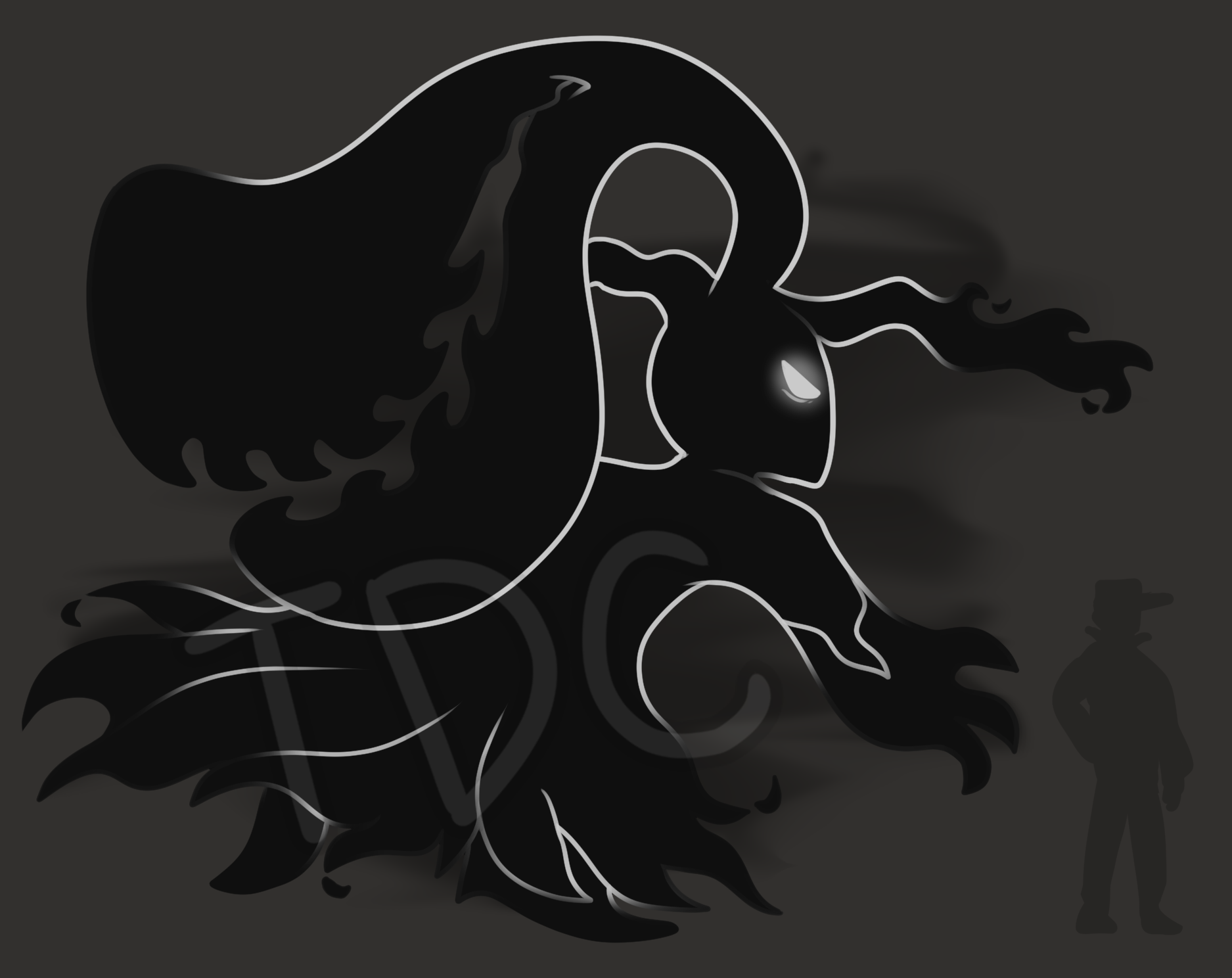 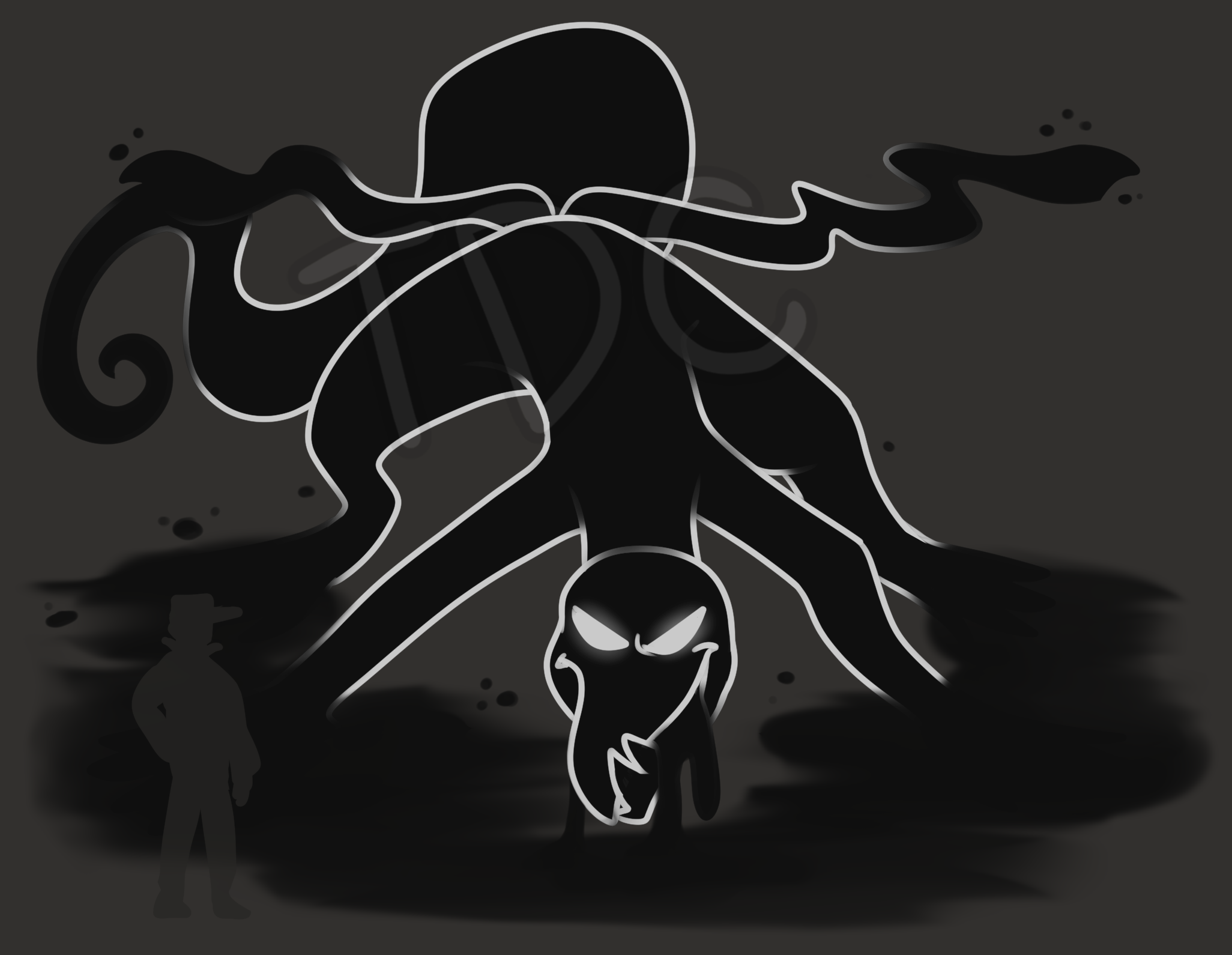 Nightmare Salazzle "Nightmare Salazzle show themselves after recurring dreams of being trapped in sinking floors. These dreams end abruptly, the host waking up in a cold sweat." 750ZC | 3,750kCR | 3,750GP OPEN