The Nicest Acts Of Kindness On This Site?

The Gayng! Guess who finally got over their fear of fire. Now onto people hahahaaaa help 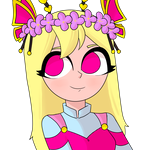 Icon was made by Daemonprince

👍 5
Posted 03/Feb/2020 06:40:11 (6 months ago)
this is going to sound so, so, so, so, so, SO fake and made up but i promise you this is all happened in REAL TIME about 3 weeks ago. i found a mega kangspar in the shelter. thinking someone released it by accident, i adopted it and looked at its history. i found the original owner, and pm'ed them, asking "hey, did you mean to release this guy?". they said yes, they were quitting the game so they were trying to get rid of their normal pokemon by releasing them, and selling their shinies, albinos, and melans for USD. i later get a PM from them saying "hey do you mind if i send a few gifts?". i go "sure", and then go to bed because it was late at night. SO THEN I WAKE UP TO SEE THAT THEY SENT ME MULTIPLE SPECIALS, ALONG WITH 1.7 MILLION CREDITS AND 1300 GP. 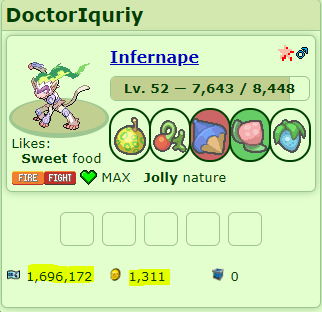 i was incredibly thankful that they did that for me but i asked why, and they said "well i'm quitting so i don't have a lot of use for the money anymore and i figured you could do something with it". so yeah i would take a bullet for this ABSOLUTE ANGEL ON EARTH
i'm mike. he/him. here's my journal which happens to include spoilers. want decent art at a decent price? click the button below!

👍 0
Posted 03/Feb/2020 21:47:20 (6 months ago)
Someone gave me an ubercharm after i said mine was ending It was in December when i was trying to hatch my first melan and was basically giving up, but i hatched a melan Lotad on my last day or so of hyper/uber i still have the uber and plan on using it to hatch two more melan Lotad so that i will become Lord Lotad, ruler of the pond!! 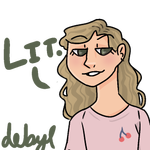 👍 0
Posted 04/Feb/2020 01:48:03 (6 months ago)
i don't think i've really been on this site long enough to have any big stories, and i kinda can't compete with a few of the other stories (free melans? and hypermode? and CURRENCY? wack), but this one is still special to me! i had set up a thread in trades looking for special tynamo (i was on a kick at the time), and someone just sent me this guy out of nowhere??? i was in shock for a while because it was my favorite pokemon and someone had just given me an albino of it! i am forever grateful to them Q-q i also found a gourgeist in the shelter that someone had dropped, and i had this vibe about it and i clicked on it and lo-and-behold it was holding a token! they now live in my fields guarding their sacred token. thank you all so much!! <3
I think we can put our differences behind us. For science. You monster.
JOURNAL CREDITS MAX
Naïve nature
Hey I'm Bug and I love my fursona. If you'd like, press this button (it goes to his Toyhouse page) and click the kecleon version I did (credits)
My icon is a sprite edit by Matamoja, and the button was made by CrestedIbis!
: 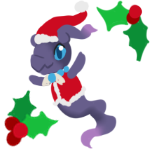 Probably not worth as much as others here, but my delta-ice Glaceon is beautiful and I love him. 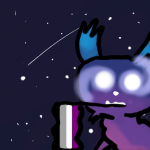 Cyndalavosion if you’re reading this thank you for my shiny bird. Also I remember I owned the mega stone for Fluxray (I can’t remember why or how I owned it, probably from MCW or something) but I didn’t own a Fluxray (or any of the Shinxel line) at the time. I put something about how I had the stone but not the Pokemon in my trainer card (if I remember correctly I said that as a way to jokingly complain, not ask for anything) and somebody gave me a Fluxray :D

Thank you :) Also also during the December(?) 2019 type race, I was on Fighting and someone said that if you in reached a certain number of points (800 I think) then you could ask for a S/A Pokemon from their field. I did and asked for a shiny Paras and they gave it to me :)

That’s all right now, I’ll post again if I happen to get anything else :P

Though this small, delicately skinned Berry is blue in colour, it dyes the mouth black when eaten.

27%
Bashful nature
hello there!
70% of the world thinks Warrior Cats is stupid. 25% say: "Who cares?". Repost if you are part of that 5% that would take a hardcover copy of Warrior Cats and slap the other people saying: "STARCLAN IS OUT FOR REVENGE!”
i require space long tooltip
My avatar is an image of my Pokesona, drawn by me for my use only.

Shazi
Wow it seams like a lot of people are extremely nice around here! I haven’t had any act of kindness other than random people dropping deltas in the shelter. Maybe one day but until then I’m just extremely happy to be apart of this community! I wasn’t expecting anything from anyone when I committed. but mikestarprince gifted me my first albino and Animestia gifted me a Petripeep (my fav fakemon)! Thanks so much for the gifts. I don’t get treated well in school because I have many “differences” such as ADHD, bipolar, OCD, ADD, stress, and a unknown depression. I was diagnosed with all of this when I was 7 and I have been living with it since I was born. I don’t get very many friends but here on PFQ I’m treated like a normal human being and I’m just very happy about that. I’m still human, I can still talk and write and everything else. I just might have a short fuse and violent outbursts if pushed way to much. Thanks so much for being so nice and I definitely love this community! [posts merged by staff]