👍 0
Posted 25/Nov/2021 09:12:54 (9 days ago)
Before someone tries to scold me for posting a question that’s technically part of the FAQ — yes, I read the post. Yes, I know which stat differences lead to which evolutions. The thing is, I have no idea how I’m supposed to read these stats. Not in the sense that I can’t locate them — I can — but in the sense that there are so many different numbers for different things, i.e. IVs and EVs, base amount, “stat”... When determining what the relation between the ATK/DEF and ATK/SPD stats are, what do I look at? The base stat is always 35, so that’s easy. But IVs always differ, as does the number at the bottom of the chart. For example, I found a Caprikid in the shelter, whom had a base stat of 35 + 17 IV for ATK, and a base stat of 35 + 16 IV for SPD. It may be miniscule, but they are still not equal stats because of the difference in numbers. However, the stat at the bottom was the same — 6 — for both ATK and SPD. So does that mean they ARE equal enough to be considered ATK = SPD? Or would this still be calculated as ATK > SPD? I’m so confused. Can someone explain to me which number I’m supposed to look at??
Avatar © myself

👍 1
Posted 25/Nov/2021 09:42:12 (9 days ago)
Edited 25/Nov/2021 09:52:10 (9 days ago)
If memory serves me correctly, the different stats only start showing once the Pokemon has some levels in - if both Attack and Speed are 6 as you mentioned, then I presume your Caprikid is a very low level (likely only level 1) and will need to gain some in order for its stats to see some sort of difference. You should definitely be looking at the Stat row which is at the bottom - that's the Pokemon's absolute stats after the calculations and this will be used for any stat-based evolutions. I'll take my own Pokemon as an example: my to-be-released Rowlets all have stats of 5 or 6, but they're also level 1. On the other hand, I have a level 72 Dartrix in the Daycare, and its stats are nowhere near as equal. This is because a Pokemon's stats scale with the level so they will be identical at level 1, but will change at higher levels depending on the base stats, IVs and EVs. Of course, a higher value in any or all of these three variables will result in a higher total stat, and vice versa (lower variables = lower total stat). Hope this helps! Feel free to ask me if you still don't understand :) EDIT: Almost forgot to take natures into account. These can also affect a Pokemon's stats depending on their liked and disliked flavors - stats that are increased and decreased by the Pokemon's given nature are highlighted in green and red respectively.
Signature is to be refactored Avatar: Mega Rapidash Q © Pokefarm Q, edited by me with permission

👍 0
Posted 25/Nov/2021 11:37:48 (9 days ago)
"Base," "IVs," and "EVs" all have tooltips explaining them, and there's even a bit of text telling you about the tooltips. "Stat" is, well, the Stat, which is what is meant by having Attack higher than Defence. I'm frankly not sure how I could make it clearer, but if you have any suggestions then I'm listening. 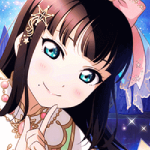 👍 0
Posted 26/Nov/2021 00:24:18 (8 days ago)
Edited 26/Nov/2021 00:43:35 (8 days ago)
i'm pretty sure the confusion is not about "what are the stats", but "which stat value does the site use when deciding what to evolve into - the 'base', or 'stat' (total)?" i agree with OP that it's easy to be confused about this - maybe adding a tooltip for stat that says "this is the value used for stat-based evolutions" or something would help? edit: removed a part because niet also explained stat is the one used
type race hunt

But... If "base" is explained as "Every individial Pokémon of the same species will have the same base stats, [and they] cannot be changed."... Then in all honesty, how can it be any clearer that this is not the number used for evolution??
Because that was clear to me. It’s the other three that confused me. But the first commenter on this thread explained it well enough for me to be able to move forward with evolving my Pokémon. My problem was simply that I didn’t know what I should take into account when judging stats — do IVs and EVs count? Do IVs need to be the same number to be considered an equal stat for Hitmontop or Saytaries? That‘s what I needed to know. Thank you to everyone that responded with an open mind and with explanations! It is much appreciated.