👍 0
Posted 07/Oct/2020 03:59:23 (13 days ago)
Hello all! There's something that has been on my mind ever since I first joined this lovely community two years ago. In all my time here, I have never once seen a legendary of any kind that was both delta and melanistic. Statistically speaking, a delta melanistic Arceus would be the most difficult to obtain Pokemon on this site. I'd like to know if anyone has ever seen one (or other delta melanistic legendaries, too). If you have, please post some kind of link to the Pokemon, if you can. I'm interested in finding out just how rare these Pokemon are, and I hope everyone reading this is too. :)

Icon is of my oc, VIVO, and the art is by my friend Jev! Collecting:

Well, this is one way to end the year :'D
My first language is french! So sorry in advance for misunderstanding xD Click them, thankie! >>

👍 0
Posted 07/Oct/2020 04:25:01 (13 days ago)
I knew I was proposing an insanely rare occurrence, but for there to seemingly be only one is absolutely incredible. The amount of effort, patience, and most likely currency it would take to obtain a delta melanistic Arceus is astonishing. That doesn't mean we're done here, though - I have no doubt that more delta melan legendaries exist out there, and it's only a matter of time until the unthinkable happens once more. 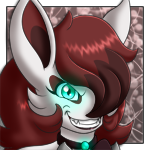 Avatar and buttons by MochaFox 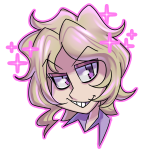 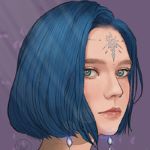 I know this is getting off topic, but how do people shiny hunt legendaries when they aren't breedable? I've always been a bit confused as to how that works.
A LOT of summons, and a lot of patience
Alex|she/they Buy my Eevee & Scraggy maybe