Why breeding so nerfed?

QUOTE originally posted by Suríya on the 90%+ breeding pair guide

[[About Breeding with monogender or genderless] [...]the best way to breed them is to pair them with a pokemon of similar typing, body shape and egg group.
I've just always wonder why we have so much to take in account since this make some pokémon impossible to get a 90%+ pair or even a 80%+, mostly monogender one. In most pokemon game, we only need two opposite gender and same egg group (or ditto). While I can understand the need to nerf ditto to encourage breeding with others pokémons, it also nerf interesting pair combinaisons.
My first language is french! So sorry in advance for misunderstanding xD Click them, thankie! >> 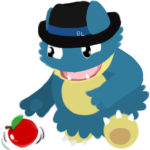 👍 0
Posted 20/Oct/2020 20:30:31 (1 month ago)
It's actually the same in the main games if I remember right. Ditto is always not best, same with cross-species (with a couple exceptions). I might be remembering it wrong, but I read somewhere that that's how it is in the main games. If it's not that way, then consider, instead, how hard it is to breed certain pokemon species in the main games vs here. Main games: unless you trade for the counterpart or use an egg group member, only way to breed mono-gender is to use ditto. Genderless pokemon MUST be bred with ditto (sorry Magnemite!) Here: pokemon are much easier to get, can usually get counterpart just fine with the shelter, or just borrow a ditto. Genderless pokemon MUST be bred with ditto (exception: Unown.) Pokemon, even borrowing a ditto, are too easy to acquire a "decent" breeding pair on PFQ than it is in the main games. Plus, in the main games, ditto is often end-game. Here, you can buy a regular ditto for not all that much on the trade forum from hunters.
Avatar by the best lizard ever, Bananalizard #standwithEMS #ELM

👍 1
Posted 20/Oct/2020 23:00:57 (1 month ago)
Edited 20/Oct/2020 23:01:24 (1 month ago)
Actually in game you get the best bonus if both pokémon are from different OT. Thats why I said in my first post that they only need to be in the same egg group. So a ditto got from another trainer also give the maximum bonus as long as they're paired with another pokémon than ditto (and whose OT isnt you), but outside of that, it didnt really answer my question. Why nerf breeding in general? Why not only ditto? You can check the link in the quoted post to get an idea of the current highest percentage, you'll see that even counterpart can't get a 90% pair. While I can get behind the idea of making some pokémon harder to get, I'm still be curious.

👍 0
Posted 21/Oct/2020 13:31:16 (1 month ago)
I go back to my last post: Pokemon are far, far, far easier to get and swap in PFQ. In the games you physically have to connect to wifi (or in older games, get a friend and plug in the cord) and either find someone to trade with or wonder/surprise trade. Here you can literally make a post in the forum and within maybe 2 hours on average have a *pair* from other trainers. You don't need to hope you get the pokemon you need from WT.

👍 1
Posted 21/Oct/2020 14:22:18 (1 month ago)
Edited 21/Oct/2020 14:39:57 (1 month ago)
Again it doesnt answer my question, I'm speaking about why body and typing count while in the game only the egg group matter. Because again, this prevent user to get a 80% pair from genderless or certain mono gender. If body type and typing werent taken in account people should still look to: - if both pokémon are from different trainer - if the Pokémon are from the same egg group And for optimise their egg generating - if their pokémon are happy - if the Pokémon have little to no level difference - if both pokemon are at level 50 Having pokémon from different species already penalise you since you have a 50% chance of not breeding the egg you want, including with ditto. Ditto just dont generate their own egg. Tho again, I can understand preventing user from using ditto with every pokémon if they can have a pair of the same line instead. Edit: also oops, I forgot I use display code instead of quote, its corrected. Check it out to understand my point.

👍 0
Posted 23/Nov/2020 06:20:12 (3 days ago)
I can't throw in too much since I'm only just coming back, but if I remember things right, in the original PF (before it was moved to Q) breeding was excessively easy. Grab a ditto and have a blast! However it made event pokemon too accessible, and one major problem was shiny hunting. Because breeding was so easy, certain pokemon (namely phione and starters) would flood Shelter. I imagine it was likely the same in PFQ, especially since breeding and obtaining a ditto are much easier now. Not to mention with how easy it is to get credits compared to the past (since relics are now a major part of pfq) this also encourages the use of other means when trying to obtain a pair, like the supplier.