👍 0
Posted 04/May/2020 16:34:14 (1 month ago)
Hi! I've been perusing the variants section of the wiki and I noticed that somem of the variants have fun breeding method (eg Shellos x Slugma/Poochyena x Meteorite) while others don't. I was wondering which of the following have a method that we don't know about, and how and/or when one goes about discovering them! EB Natu Glileo Hallowe'en Witch Ryukuza Scaraross Arctic Numel Vampire Gligar Thanks in advance for indulging in my curiosity!

Fair offers of other items, eg

👍 1
Posted 04/May/2020 16:58:20 (1 month ago)
All the methods should be in the wiki, so if there is no method that means that the pokemon can only be bred from existing ones
Avatar by Akua, permission to use it here

👍 0
Posted 04/May/2020 17:11:22 (1 month ago)
Glileo, ryuzuka and scaracross are based on fusion tho, wouldn't be expected that we could get them from the two pokémons they seems to be base of? It's need some testing.
My first language is french! So sorry in advance for misunderstanding xD

Shops Banner made by me

👍 1
Posted 04/May/2020 21:32:20 (1 month ago)
Edited 04/May/2020 21:36:13 (1 month ago)
EB Natu, Halloween Witch, and Vampire Gligar don't have a special breeding method. Arctic Numel may have one eventually, but at minimum it won't be for a while since it just came out in the MCW (perhaps until the next MCW egg release? is it even a fusion I haven't been watching the event thread) For the others, I'd assume they're like Orthrus and you'd want to breed a female of the base Pokemon with a male of the fusion. But I don't know for sure. I'm interested though so I'll see if I can try some later when my party frees up and I can order some eggs to test with. (Unfortunately my only Rayquaza is a male Magquaza... hmm) If we find any suitable pairings not on the wiki we should definitely update it ;)

👍 1
Posted 04/May/2020 21:35:48 (1 month ago)
Arctic Numel is not a fusion but it seems to me that it might be a bit like a Frosdour breeding method, where you have to have an ice something that the female holds. But yeah, I guess it'll be a while until that happens. I'd be happy to work together to discern other breeding methods if you'd like! it's like sleuthing :) which is fun 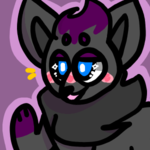 By Kirõzey
I do Shelter & BoxBox hunts. See here.

👍 0
Posted 04/May/2020 22:19:11 (1 month ago)
I have try male heracross with female Cofagrigus + female heracross with male yamask. Both of them were incompatible for breeding. I'll send you my female, maybe it only work with a male cofagrigus?

👍 0
Posted 04/May/2020 23:02:49 (1 month ago)
Ok, the results are in for all the ones I could pretty easily do: Male mega Rayquaza + Female mega Flygon were incompatible Male Gligar + Female Litleo were incompatible Male Cofagrigus + Female Heracross were incompatible Male Pyroar + Female Gligar didn't work either, though I wasn't really expecting them to. I'm, uh, not having much luck here! Are these meant to be breedable like Orthrus? It seems to me like they should but idk for sure, I don't remember seeing threads about them, since you can just breed directly from the variants and there's a long delay after the release.