POLL: What do you think of the gym?

👍 0
Posted 04/Jul/2019 21:38:06 (7 months ago)
Edited 19/Jan/2020 15:07:20 (29 days ago)
Welcome to the Gym! Read all the rules and see all the banned Pokemon before challenging. I really don't know what else to say. Also grubbin is beautiful grub.
The rules are very simple: 1. All PFQ Rules apply. 2. Don't use banned Pokemon (Pokemon not allowed in my gym). 3. Only one mega and 1 legendary (making 2), please. a mega legendary covers both categories. 4. Don't take the image URL and say that you got the badge. Well, that's a given, though. 5. You can only use each Pokemon once per challenge. 6. Have fun! These battles are fought in a ladder style. You have to beat the first tier to challenge me to a second tier battle, and you have to beat second tier to challenge me with a third tier battle. Types of battles: 1v1 - Tier 1 Very straightforward. One of your pokemon against one of mine. Win this and you will be promoted to tier 2, where you can do a 3v3. 3v3 - Tier 2 Again very simple. in order to do this battle, you have to have beaten me in a 1v1. Promotion takes you to tier 3, which is the final battle to get the Tenebrous Badge. LOSING THIS BATTLE DOES NOT DEMOTE YOU TO TIER 1! Full Battle - Tier 3 Here you challenge me with 6 of your Pokemon, fighting six of mine. Winning will give you the badge. LOSING THIS BATTLE DOES NOT DEMOTE YOU TO TIER 2! Waiting List CuteWeedle - 1 ApplesAreCool - 1

In the actual games, it has the ability Truant, which prevents it from attacking every other turn. That allowed it to have its whopping 670 base stat, but Pokefarm makes Pokemon have no ability.
Regigigas

Basically the same as Slaking, but rather than having Truant, Regigas has Slow Start, halving its speed and attack stat for 5 turns.

It's a shiny Murkrow Pokeball from Teh Ducktor's Free-To-Use Pokeball Art!!

A treasure box that is sealed tight. Its contents are a mystery! 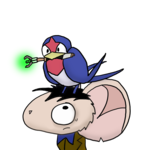 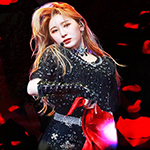