POLL: Any interest in adopts?

Welcome! Welcome to Fairy’s Experimental Art Shop. What do I offer here? Well, I’m here to offer some custom Pokémon for people, as well as seasonal avatars. But first, let me tell you the rules...

1. Pokefarm rules apply. 2. Don’t claim any artwork as your own. 2.2. When you post it, please credit me (FlarinaFairy). 3. Half payment upfront is required. The other half is due upon completion. 4. No refunds, unless I can’t finish your art. 5. If you would like to sell or gift the art to someone else, message me first to let me know who you’re selling it to. 6. Use the forms. 7. Any questions, you can ask either on the thread or in pm. :3 And if anyone by chance wants to order something as a surprise gift (or similar), feel free to pm me a form. ^.^

These are to advertise my shop ^.^ Made by me.

Jalakins' Avatar
Send a picture of the subject, and a 1-word theme, and I will spookify them. It can be anything Halloween-related- pumpkins, witches, ghosts (I will actually make your char a ghost), spiders, etc. If you want an avatar themed like mine (which is a mix of a few themes), you can just put “default”.

1. Do not share the secret questions with anyone. 2. Use the form, shown below. 3. Have fun with this. :3 You can order only 1 custom at a time, but you may order again and again afterwards.

On average, these quality customs take me anywhere from 4-8 hours to complete. Some longer. Paypal orders always get a slot, even when I am full. ^-^ Regular fullbody Custom: Receive a fully fleshed out pokemon description to go along with it! 1500 zc/7500 gp/7.5 million credits/$15 USD Sketchy Custom: This is where the outline is sketchy 550 zc/3000 gp/3 million credits/$6 USD

Examples of my art

This isn’t what you’ll be getting from this thread, just showing my art style. But if you see something here that’s more what you want to have, feel free to pm me about more personal orders. ^-^ Digital: 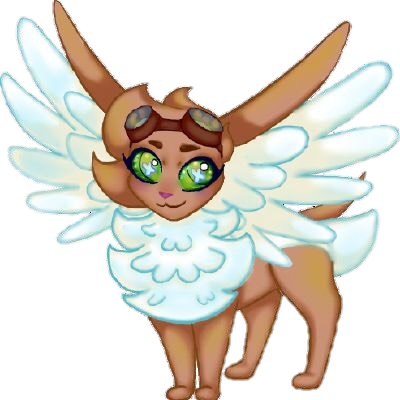 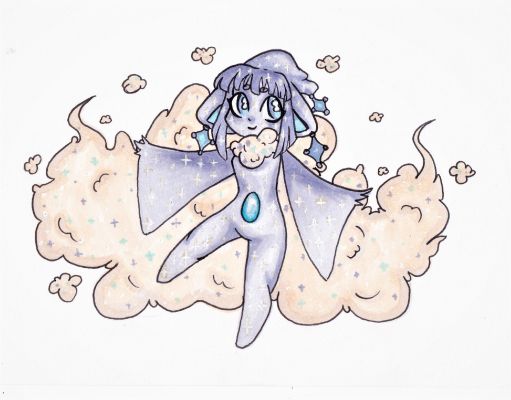 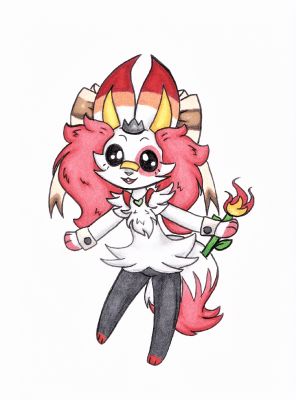 Firstly, comment on the thread that you would like a custom, and I will send you a pm if you posted in time to claim a slot. From there, I will ask you to send me half the payment upfront. That is where the fun can begin. I will send you a series of questions for you to answer, and you must answer them to the best of your ability. You CANNOT share these questions with anyone else, this spoils some of the mystery and fun. I will use those answers in crafting you a custom made Pokémon. I will then post it on the thread. From there, you can: -Name your custom (and gender it) -Give it a backstory -Take it home! Post it in your journal, on other sites, take it wherever you please. ^w^

Also, I have a Youtube channel.
Avatar by Pokefarm, signature by myself! 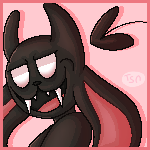 (Just a soft nerd with an obsession for substitutes n' ghosties!) sprite edits by KitKatKutie2, icon by AppleSunscent
Signature by CatEnergetic, with help from Wardove. Art by Sen 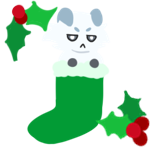 It is a yokai-themed Persian! These pokemon mostly come out at night, often disguising as street cats. But their real goal is to wreak mischief and havoc in their path. Some are good, some are evil, and some are just there to have fun. They most often wear nice kimonos, oftentimes having patterns relating to their mannerisms and abilities. Some have horns, some wings, some three heads, and some even have beaks. Your Persian Yokai seems to have two horns, right above its eyebrows, with red string wrapped around them like a net to catch stars, which confuses ships trying to navigate at sea. I will be sending you more images via pm very shortly! I hope you like your custom! :3
@everyone 1. As I said before, all the concepts have been made ^-^ So all that’s left to do is draw them. 2. I made a poll, everyone! It’s a very important one, so answering it would be GREATLY appreciated! :3 3. Now to explain why this has been taking so long... I have more commissions besides just these, and I will share this information with them as well. It has taken me a while to upload art because, well... I have NEVER actually had a decent digital art program. I’ve tried Paint, Paint Tool Sai, Clip Studio Paint, Corel... I haven’t liked them, not at all really. But I have found FireAlpaca! Not only have I been doing animations on it, it’s the perfect tool for what I’ve had in mind for my art! It’s easy to use, and you can even animate on it. ^w^ Kills two birds in one stone. But the BIGGEST issue so far has been my tablet. Don’t get me wrong, it’s amazing, and still in great condition; barely used; like new. But it’s a Huion tablet. And I wish I knew this before, but Huion tablets are NOTORIOUS for brush lag on Windows 10 and a few others, which can seriously interfere with your art. Brush lag makes it almost impossible to make art. When I look up the solution online, I basically can’t find a solution ANYWHERE. I can see countless people talking about how they have the issue, but hardly any solutions. Somehow, by some miracle, I got it working on my laptop. I have absolutely no idea what happened, but I’m just glad it’s working and I can make digital commissions! ^w^ So that combined with finding FireAlpaca, equals production! :D

It is a moonlight-themed Fennekin! This pokemon is a rare sight to behold. It is said that they can be tamed only by trainers who stay true to their hearts, and never back down from what is true and right. They come out when the moon shines, descending from the clouds. At day, it hides on the moon, burrowing comfortably in its dark, freezing craters. Your Moonlight Fennekin’s eyes glow with the brightness and darkness of the moon. It is a very curious fox, and it is likely that your positive spirit guided them to you. Take good care of them! I will be sending you more images via pm very shortly! I hope you like your custom! ^w^

👍 0
Posted 18/Sep/2019 05:25:42 (4 months ago)
I am at the computer working on Cerberus’ order. In the meantime, thought I’d go ahead and bumpdate this thread. Slots are open again. I’ve increased it to 5 at a time. New stuff! After much consideration and realizing how much time these actually take me, I have updated the price. It costs more than before I had those first 3 experimental slots, but I have added a PayPal option! PayPal orders are always accepted, even if my slots are full. Also, I’ve added another option, a sketchy custom! These customs will have a sketchy outline with more solid colors. It’s less time consuming and I thought I’d have another option.

It is a tropical forme Poochyena! Full of energy and spirit, these Pokémon are ready to play and explore. They are said to have been brought to the islands on ships long ago, and they have since developed many traits and features to become accustomed to island life. They look hot in their thick fur, but they are far from suffering. Their fur is grown in a way that allows cool air flow throughout. Your Tropical Poochyena has boundless energy, and can’t seem to wait to join you on your adventures and meet everyone you know. I will be sending you more images via pm very shortly! I hope you like your custom! :3