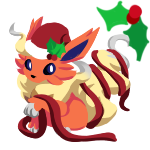 👍 0
Posted 12/Feb/2022 10:56:30 (9 months ago)
Edited 12/Feb/2022 10:57:11 (9 months ago)
King Tanzanite was getting everything ready for Queen Chrysalis' birthday so everyhting had to be spot on. He ordered his guard, Lucky to be on the lookout for anyone who is up to mischief and continued to hang up decorations. All of the kids helped bake a cake and collect berries from all areas of Vulpixia, but there was only one type of berry that was impossible to find, the Doomber Berry... Said to be a myth, but the kids didn't doubt it. They soon asked Lucky to see if he could have any infomation on it.
Credits can be found in my journal 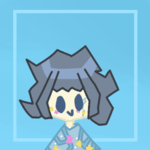 👍 0
Posted 12/Feb/2022 11:06:54 (9 months ago)
"Hmmmm" Lucky raised his head and pondered, "I've heard of it... a myth, yeah? Well, it is said to be extremely hard to find and that whoever got it would be really lucky." He scrunched his nose "Ugh, that's my name." "But where can we find it?" Liliana asked "We want mom's birthday to be perfect!" "Okay, okay," Lucky replied "The location is rumored to be somewhere north of Vulpixia. Hidden amongst fair sight." The kids exchanged glances and he squinted suspiciously at them "What are you planning to do?"
Avatar was made by _~Snuuy~_/Apples on PokeHeroes! :D

👍 0
Posted 12/Feb/2022 11:17:59 (9 months ago)
After hearing about where they could find the berry, Princess Lilliana and her siblings waited until sun down, and while everyone was sleeping, ventured out past the Vulpixia walls, and headed north... It was dark and foggy but they all held hands to not get seperated from one another. ''We have gone north for quite a while now.. but I still can't see it..'' Said Lilliana doubtfully. Soon the kids started to shiver, a cold breeze swept across their bodies as they arrived at a mountain that looked like a berry. They hesitated before going in to the cave next to it, not knowing what to expect. Suddenly, boulders fell over the enterance, trapping them. The kids screamed and tried pushing the boulders out of the way but it was no use. But Princess Lilliana had an idea, she used her Vulpixia Powers to make a some-what call to the guard to come and save them. Now she waited, hoping Lucky heard the call through the wind.

👍 0
Posted 12/Feb/2022 11:33:03 (9 months ago)
Back at the castle... Lucky raised his head "Hey," he called to another guard "did you hear that The guard glanced around and shrugged "I hear nothing but the others getting ready for Queen Chrysalis' birthday. Maybe it's just you. Anyways, you should focus on other things like keeping an eye out for unwanted people." He gestured with his head "Let's go." Lucky nodded and glanced out the window and at the sky, he was starting to regret telling the kids about the berry.

👍 0
Posted 12/Feb/2022 14:39:55 (9 months ago)
A few hours drifted by but still no luck (get it?) Princess Lilliana stood up and called her siblings to her so they could explore the cave, she found a branch and used her powers to light it on fire to create a torch. Then they ventured in.. cobwebs everywhere, water drops coming from the ceiling, and cold wind everywhere. The kids couldn't cope. Princess Quania started to freeze,"Lil-lilli-lilliana... I- I can- can't take thi- this frost any- anymore!" Lilliana quickly thought of a plan, she would use her sparks of fire to warm her sister up. It worked. She soon felt better and they all continued forward. They soon turned up into a room and a podium in the centre. On it, the mythical Doomber Berry! The children gasped and ran towards it, they took 4 and ran back to the boulders. But they were still trapped. They heard growls from behind them and knew something was chasing them. They needed help. Only a speedy warrior could save them as time was running out...

👍 0
Posted 13/Feb/2022 09:19:23 (9 months ago)
Edited 13/Feb/2022 09:25:27 (9 months ago)
The chief guard smacked Lucky "Lucky! Focus!" The luxio blinked and the chief sighed "We're discussing placements." He blinked again, "Huh?" "We're discussing where we want to be put." A ninetales piped in. "So, as i was saying," the chief continued, "Lucky, you normally take south-west but today i want you to take north-" "North!" Lucky barked "Yes! Yes! I'll take North! In fact, I'l go to it right now!" He dashed off before they could even open their mouths. Chief narrowed his eyes "Suspicious." "Yeah," the Ninetales said, "He hates the north point. And it's the most desolate point for a guard. What's gotten into him?"

👍 0
Posted 19/Mar/2022 16:07:41 (8 months ago)
Character: Mal the Zoroark Role: Shady buisness sale's man Description: Have you every wanted a custom power? Wanted to get revenge or show off to your worst rival, enemy or family member? Then Mal the Zoroark is your man! Only at the low low price of your s̶o̶u̶l wallet, you can have any powers you want! Life Style (where they live): The dark alley ways of the kingdom Skills/Powers (can leave blank): Can copy/ steal other people's powers, but only for a limeted amount of time, unless he puts the powers into a glass bottle.
Luna/Sol, She/Her and He/Him pronouns please!! Have a cute lil puppy

Give me Albino radar ples
upcoming:

Character: Mal the Zoroark Role: Shady buisness sale's man Description: Have you every wanted a custom power? Wanted to get revenge or show off to your worst rival, enemy or family member? Then Mal the Zoroark is your man! Only at the low low price of your s̶o̶u̶l wallet, you can have any powers you want! Life Style (where they live): The dark alley ways of the kingdom Skills/Powers (can leave blank): Can copy/ steal other people's powers, but only for a limeted amount of time, unless he puts the powers into a glass bottle.
Accepted!

Eltafez
Mal creeped around the alleyways, looking around when he spotted someone approaching him "Ah hello there!" Mal said with a smug grin on his face ( the customer is a old looking weavile ) "Alright chop chop to buisness! I want the power to freeze anyone i touch" The weavile told the shady looking zoroark "Alright alrighty then! No need to be angry. Here ya go!" Giving the weavile an potion, which looks like a sparkly blue glitter mixed in it The weavile drank the potion and touched a barrel nearby, freezing it "Hmm seem's like it did work! Now pay me." Mal said abit coldly "Like i'd ever will!" The weavile smiled as they tried to escape by touching Mal. Sadly for the weavile though, the freezing magic didnt even effect on Mal, as Mal then proceeded to stop the weavile by hanging it by his tail "Big. Mistake." Before scratching his eye, leaving a scar and sucking his soul and putting it in a bottle "Poor fella.. Should've known better" ( ps Mal didnt kill the guy, he just sucked all basic fuctions other than walking outta him, basically turning them into a zombir )