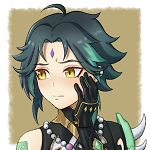 👍 1
Posted 13/Sep/2022 18:15:59 (2 months ago)
You don't have to worry about double posting in your own shop, as long as the post has its separate purposes. I've seen a bunch of trade shops with different services (say with 4 or more posts) and some reserved posts if they want to make more sections in the near future.
Avatar is made by Fian

Made by Animela
Signature by CatEnergetic, with help from Wardove. Official Fire Emblem Heroes art! 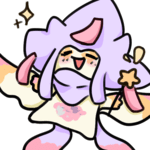 👍 0
Posted 07/Oct/2022 02:52:50 (2 months ago)
Is the creator allowed to bump RPs, RP setups, and forum games? I was the last person who posted in my RP but for some reason all the participants of it hasn't been posting. Can I bump it?
Glassenia

I was wondering whether or not it would be okay to link a change.org petition I created regarding my special interest in my trainer card/about me. The petition itself is non-political and contains no foul language, and is simply an attempt to reach out to the developers of a game I hold very dear. I’m pretty sure making an entire forum post about it in the “Miscellaneous” forums would break the rules about advertising, but I’m not sure what the stance is regarding that for profiles.
Put it in your About Me and label it accurately. This would be alright.

Hi! I was hoping to get a clarification about spoilers in regards to being used in art. As I understand it, Spoilers for any new pokemon aren't allowed until the pokemon is released on PFQ. But I was wondering if it applies to the art threads? Are players allowed to ask for commissions from artists using spoiler pokemon as a reference or would it be considered as a spoiler? I know that the spoiler rule falls under site rules, But just wasn't sure about artists. Any clarification will be super helpful! Thank you for reading this!
The spoiler rule does apply to art threads. However, you may instead post in the art shop something akin to, "My order would be a spoiler so I can't post about it here, would you be willing to work with me on this in PMs?" An artist taking and delivering a spoiler commission in PMs is fine as long as both parties are consenting to spoilers. Just don't use the art on PFQ until that species is released in our game.

Adding another question. In regards to art permission. I have a 13yo (my child) who loves drawing. I'd love to help them gain a fan base and earn money from their works. I was wondering if it would be okay to open an art shop on my account (as they don't have an account) to sell their art for them. I have full permission from them to do so, but wanted to check in with you guys about it. I was hoping to help them with some pocket change, but being able to oversee the transactions. Like a manager. Let me know if that is something I can do on their part without it breaking any site rules. Part Two-ish: Since they don't have an account, what is the best way to get and prove permission use. i.e. if I display their art that isn't being sold in a shop (if it's allowed ofc) like in my journal? I currently have one piece there, but wanted to make sure that I could show proof of permission, and how to that since they are my kid?
This is a complicated question, so I've left it in staff chat and I'll PM you with an answer once I have sufficient input. ^_^

I haven’t really actively played since 2020 but I’m getting back into the game. How many posts in a row are you allowed when setting up your trade shop? I’d like to have my initial post with my rules and what not, a post for my items and a post for my hunts as well as a spare post if I add another section to my shop. Would that violate double posting rules? I looked in the trade rules and couldn’t find an answer.
There's not a restriction on consecutive posting when setting up a shop. Just keep it reasonable and do what you actually need. What you proposed is fine. ^_^

Is the creator allowed to bump RPs, RP setups, and forum games? I was the last person who posted in my RP but for some reason all the participants of it hasn't been posting. Can I bump it?
Yes, just observe the necessary bump timings outlined in the Site Rules (the Rules link is at the bottom of any page of the site).

sig code and sig bg image made by me

👍 0
Posted 17/Oct/2022 04:22:57 (1 month ago)
Edited 17/Oct/2022 04:25:13 (1 month ago)
Silly but serious question, is there a limit to what you can purchase in the market? I imagine there has to be some limit to how much of one item you can purchase to avoid destroying or severely altering the market. Say if someone were to buy out every single box in the market (sinister, cute, shiny etc.) would there be consequences or is there some sort of system that stops you from buying out entire sections of the market? I ask because not only would it only cost around 30-50 million credits to buy every single box on the market excluding box boxes (I think, don’t take my word on that though I did sloppy quick math for that) but also because I thought it may be cool to buy all of one box on the market to run tests to see if different boxes happen to give better items but I don’t want to get in trouble! (Also sorry if this has been already been asked but I’ve looked at every page of this rules thread and I havent seen any questions about market rules, also I don’t know if this is considered a site rule or not but I thought a market rule question counted as a site rule since it’s a big part of the site) 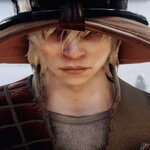 👍 0
Posted 01/Dec/2022 08:23:25 (8 days ago)
I know that you have to exclusively ask the person’s permission who draw the artwork or took the photo to allow using it If the person’s profile said “pfp ok with credit” do I still need to attach a screenshot that the person is fine with using the pfp, or should I say something about [insert username] is ok to credit leaving out the permission screenshot?