👍 1
Posted 30/Sep/2021 03:34:42 (1 year ago)
Edited 05/May/2022 04:51:08 (9 months ago)
As the previous thread was both rather unwieldy and full of misleading information due to various rule updates, this is a brand new thread for asking for clarification regarding the site, trading, forum, and other rules. Please keep in mind that this thread is only for asking questions and receiving clarification. If you believe a rule should be changed or tweaked, please make a Suggestions thread with your reasons. Particularly good or common questions will be added to the posts here at the start of the thread. Rule updates will also be noted here.

The Most Recent Rule Update

Can I hold something down to click multiple times for me?

No. Unless you're using the built-in feeding shortcuts (see the Help/Controls button on your private Fields page), the rule is performing 1 action, for 1 click. This also means that the double-click function some mice have shouldn't be used either.

If PFQ is a British website and British laws apply, why does PFQ still have to comply with GDPR?

We still comply with GDPR in order to still do business in (have players living in) the European Union. Many countries also have a similar statute, but GDPR is the most well-known and the easiest to quote.

I want to place another order in a shop where my last order is the most recent post, can I post again to order?

Not until someone else posts, or a full 48 hours have passed. Your best bet is to edit your previous post to add the new order, and (unless the shop owner has requested they not receive PMs) PM the shop owner to notify them of the updated order.

IF they have been inactive for a reasonable amount of time (you can add them to your VIP list to see how long they've been off the site, up to 7 days offline) and/or you had a pre-existing condition about how long they had to complete the trade (such as a rule clearly laid out in your Trade Shop, which also hopefully allows a reasonable amount of time), AND you've tried to communicate with them at least once, AND you send them a final (polite) communication stating that you are canceling the trade agreement due to inactivity, yes. It's not your fault they're not around, after all, but canceling trade agreements isn't something to be done lightly. If you're not sure whether you've waited long enough, you can PM a Moderator to make sure.

Do hunt slots break the rule about not offering to trade something you don't have?

No. A hunt slot is a reservation; effectively "If you hatch this, I would be interested in buying it for X." It becomes a trade agreement when the hunted Pokémon is hatched, at which time both parties agree to the trade.

Is reselling/flipping Pokémon or items allowed?

Qualified yes. Provided there's no scamming going on (deliberately being misleading about the value of the Pokémon or item), flipping/resale is allowed. Keep in mind, however, that some players don't like it and may choose not to sell to you again.

Can I make "No Reselling" a rule in my Trade Shop?

No. This would be a violation of Site Rule 2A, by telling someone they aren't allowed to do something with a Pokémon they now own. What you can do is say "If you buy from me and resell, I will not sell to you again." In other words, you have control over your actions, not theirs.

How can I use art made by my friend if they've never posted the art online to link to?

Art Rules 8. Gachapon must include examples of your art. Each gacha tier must include at least one example of art, in order to demonstrate to your customers the general quality of art that they would receive if they purchase from you. Ideally, the example pieces should not be up for sale themselves, so that the artist retains all ownership rights.

Trade Rules 6. Off-Site Trading and Digital Goods (read carefully!). Trading PokéFarm digital goods for legal tender is not allowed. This refers to trading for PokéFarm items, currency, or Pokémon with other players by using real-life currency (including PayPal, other online currency transfer systems, or gift cards). Purchasing ZC from the site and using the ZC to trade is unaffected. You may only exchange PokéFarm digital goods for digital goods from other sites if the trade complies with the Terms of Service of the other site. You also perform such trades at your own risk. The ability of the Moderator Team to resolve issues with such trades is extremely limited. -PayPal: Per Paypal's Terms of Service, you are not allowed to ask your customers to pay the fees of a transaction, nor are you allowed to ask them to "send money to a friend" in exchange for a service or purchase. You may not use PayPal to trade with other players for PokéFarm digital goods. 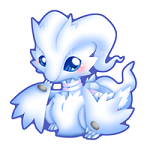 👍 1
Posted 08/Oct/2021 15:24:45 (1 year ago)
Hi, I need some clarification on the site rules. I recently created this account and my partner wanted to create his own. I was wondering if since we share the same ip address there was a risk that my account was closed

Hi, I need some clarification on the site rules. I recently created this account and my partner wanted to create his own. I was wondering if since we share the same ip address there was a risk that my account was closed
There's always rumors about this kind of thing and people tend to put stuff about it in their trainer card, but tbh there's no reason to be concerned. Staff won't reveal exactly how they catch multi-account users (it would make the measurers easier to get around), but it is more nuanced than just looking at IP addresses. I'm pretty sure some people, like siblings, even share the same PC without problem. So, in summary: Your partner can make an account, and as long as you both stick to your own accounts it'll be fine. You don't need to put a notice in your trainer card/about/etc.

👍 0
Posted 14/Oct/2021 14:57:08 (1 year ago)
Hey, I had a question about avatar art use. I'm using a picture I found on google, but I made sure to say "it's not my art, I found it on google, give credit to whoever made it" in my forum signature and my profile, but is it still rude or against the rules to use it? I don't want to offend anyone or make the original artist mad or upset(I've had my art recolored and stolen before, I don't get that mad because to me it's a sign of flattery, but I can see why other people would get really mad about it) So, um, if someone could tell me what I should do about this I really don't want to break the rules.
pfp belongs to me

Players may not use "random images found using Google Search".
You need to 1) know who the artist is and credit them by name/username, and 2) be able to provide proof that you have permission to use the art from that artist or that they have stated that the art piece is free to use This is the proper etiquette to use other people's art everywhere online, not just PFQ. Otherwise, it is considered art theft This post might help you ^^
┈┈┈┈┈┈┈ ┊ pfp by box ┊ ┈┈┈┈┈┈┈