👍 0
Posted 25/Apr/2021 19:47:57 (21 days ago)
Setup Here Lilo puts a makeshift Closed & Open sign near the side of the Daycare's entrance, flipping it to the Open side. "Starburst, you'd be alright if I went to do something and left you and Aiko here, right?" Starburst nodded at Lilo. "Alright! If i'm not here and you need me you can come back to the Fields and i'll probably be there!" Lilo walked away from the daycare, after which Starburst sighed and entered the daycare, walking toward the cabin knowing Aiko was there. Aiko had finished setting up the pillows and the box full of Berries in the cabin, after she had spent a while figuring out where to put the two pillows she had. She was quite proud of where she had put the pillows, mostly because she thought she had put them in the best spots. However now she was wondering if there would be enough pillows. How many Pokemon would end up visiting the daycare?

A young girl sauntered on towards where she had heard a new daycare was opening, a Murkrow named Memphis perched upon her shoulder. She paused a distance from the fields and glanced around to be sure she was alone. It would be better if no one was around to ask questions. Perhaps it would be easier to leave him somewhere else, but a strange part of the girl wanted the impish Pokémon to have a good home, at least. "When I put you down, I want to to run over to those fields, y'hear?" the girl demanded, pointing towards the daycare's yard. Memphis blinked back at her absently. She pried the lazy thing off her shoulder impatiently and placed him in the grass. "Then get on with yourself already," the girl snapped. As Memphis began to amble off, the jewelry about his feathers clinking noisily, the girl almost immediately began to bound off. Memphis will get along fine; he's tough, but he never really cared about me. Or anything that couldn't shine, for that matter, the girl told herself coldly, Memphis disappearing from her sight.
my son

forum avatar by me

👍 0
Posted 25/Apr/2021 23:26:05 (20 days ago)
Probably unbeknownst to Lilo and her Pokemon, someone had been hanging around the slightly dilapidated cabin. Well, not exactly by the cabin, but in the sorta 'property' area of it. That someone was Sunny. The runty Sableye wasn't quite fully aware of the newly revamped daycare. He only knew that the black-haired trainer and her partners came around sometimes and worked on the building. They hadn't seen Lilo today, however, as they hadn't cared enough to look. They were doing what they hung around here to do instead: doodle in the small sketchbook they carried around. He was more than a little absorbed in his art, so he didn't hear anything of Memphis and his trainer (if anything had even carried over to the hill, that is). He'd find out sooner or later, probably. Ninten's mom had had enough. Something about 'too rowdy' and 'need a break' and things like that. He'd just wanted to show her the new friends he made!.. She didn't seem keen on him being covered with caterpillar Pokemon. So he'd been shipped off to this daycare place thingy. That wasn't too bad! It could be like a summer camp. Besides, it wouldn't even take too long! Maybe that last part was a guess. Never mind that though, because he had just reached his location. It had taken him a few tries since he'd never been, but looking at a map long enough had helped him teleport to the edge of a forest. Getting his bearings, he spotted the cabin he'd been looking for. Great, he'd made it! Now what? ... ... ... Oh yeah. He should probably start to head towards said cabin now. 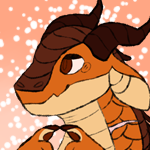 👍 0
Posted 26/Apr/2021 00:22:53 (20 days ago)
Clover was more than nervous, looking at the daycare from a distance. Their trainer had worried they were getting too reclusive and figured that sending them off to a daycare might help. Clover understood the sentiment, but... Really, what was wrong with being reclusive every now and again? Afterall, if they were holed up at the farm inside their own little bubble their anxiety quieted itself! Whatever their opinion on the matter was, they weren't getting out of it. So now here they were, standing sort of... lost at the entrance with fear of social interaction swirling around them. After realizing how many 'mons were heading towards the cabin, Clover instantly went off in the opposite direction. The fields near the flowers were nice, and felt less suffocating than just falling headfirst into socializing with scary strangers.
|| Restless | They/Them+
Ask for my others!
| Aro/Ace || | Check out my PWYW Field, if you'd like! | Howdy! I'm Restless, an artist who's (usually) pretty quiet, but I hope to try and get out of my shell :) Lovely to meet you! Avatar
Me!
| Template
Galladerox

👍 1
Posted 26/Apr/2021 02:07:15 (20 days ago)
Aiko peeked her head outside of the cabin. "oh, hey starburst! did lilo put the sign up? i finished putting setting up all the stuff in the cabin!" In which Starburst responded with a nod. "so the daycare is open now! is anyone here yet?" Starburst shook his head, however immediately after doing so he noticed that Ninten was approaching the cabin. "Oh, there is someone here, actually." Aiko also noticed there were a couple of Pokemon who seemed to have entered the daycare recently. A Murkrow and a Lurantis! There definitely were Pokemon who showed up! And that means she can definitely make some new friends! However it looked like the Lurantis wasn't coming to the cabin. Maybe they were going to explore.

👍 1
Posted 26/Apr/2021 02:23:59 (20 days ago)
Kakyoin was... bored. He'd come here less out of a desire to meet anyone, and more because it had seemed like a quiet place. At the time. Now, looking through gaps in the tall grass, it seemed that others were filtering in. Not exactly conducive to a relaxing day. Leaning back a little more against the rock he was propped up against, he closed his eyes. At least it was warm out, with plenty of sun. And it didn't exactly sound like anyone was making a ruckus nearby, so it probably couldn't hurt to get some shut-eye.
[lemon demon bass boosted blares in the background] yo! i'm lati. [they/them] guess which idiot is fixating on the joejoe adventure again. it's me. i'm the idiot. join me. avatar by me

Memphis stopped once he decided he had made it deep enough into the fields, panting with effort. His heavy jewelry never made it easy to move around, but he hadn't yet found a good enough reason to take it off entirely. He glanced about the yard, wondering absentmindedly why so many different Pokémon were there. Perhaps this should have been a clear sign that something was off, but he was a bit too dense to think any more of it. Instead, he was thrilled. More land he hadn't yet explored meant a greater possibility of finding treasure, right? So Memphis began hopping about, beak to the ground, in hopes of finding something of value.

👍 0
Posted 26/Apr/2021 21:11:54 (20 days ago)
Clover ambled around the flower hill, enjoying the pretty flowers. They figured, if they were going to be here for a while, maybe they could take care of these flowers! It sounded like a nice pass time, and the flowers certainly deserved some attention in Clover's opinion. They couldn't keep avoiding others, it seemed, because eventually they stumbled across Kakoyin... Literally, they nearly tripped on him. He really blended in, in Clover's defense. Letting out a surprised 'eep!', they fumbled out an apology "So-sorry..! I did-didn't s.. ssee you..."

Everything felt so...wierd. The zorua steadily got to their paws. Something felt quite off, but they couldn't exactly put their finger on what it was. Everything was so...bright. After blinking for a while, their eyes slowly adjusted to the sun beaming onto the landscape. Where were they? They couldn't recall what brought them here, or how they got here. In the corner of their eye, they spotted a small cabin with a warm, welcoming sign placed over the entrance gate. Perhaps they would be able to seek help there? After straining to keep themselves up, they steadily trotted towards the Daycare. As they got closer, they could see several other creatures. A near-grey goblin-like animal, a grey fox with a bandana and cap, a crow with a crest oddly shaped like a hat, a pink bi-pedal matis, and some....sentient flower-thing. They scanned the area more and spotted an unusually pale reptilian animal make its way towards the cabin. Being the closest entity near them, they dashed towards Starburst. " Ah! Erm- Hello? Excuse me! " they cried out.

👍 1
Posted 26/Apr/2021 23:47:50 (19 days ago)
Well, Sunny couldn't help but notice the noise now. Clover and Kakyoin's run-in was close enough to were he was at that he could hear it. And that made him a little confused. They cautiously closed their sketchbook, tucking it underneath their arm before creeping closer to the source of the ruckus. They did their best to stay concealed, but their dull palette clashed with the plants. It he could physically blink, he would. These were two Pokemon he hadn't seen with that girl before; a Lurantis and a Roserade. Both of them were flowers more or less, made sense that they'd be here. They backed up a little. They didn't really want to confront any more than a single person right now, much less two they didn't even know were here. Were they the only ones? Oh!! One of the Pokemon near the cabin had noticed him! Ninten did his best to wave with a paw, tail swishing. A couple of other noises distracted him from his initial goal. First was the clinking, that seemed to be coming from a heavily accessorized Murkrow. Sparkly! The bird Pokemon seemed to have a tough time moving with in on, thought. The excessive apologizing caught his attention next. Two more Pokemon he hadn't noticed! A Lurantis and a Roserade that appeared to have been disturbed in some way. This was a lot more Pokemon than he'd expected to be here. He glanced at the cabin again, noting it was a little small-- wait, was there even housing inside? Was that the only building?!