👍 0
Posted 13/Mar/2021 06:02:53 (4 months ago)
Edited 15/Mar/2021 20:48:58 (4 months ago)
Prologue: Darkest Hours Once... Once there was a savior. Once there was a hero. Its all only a myth now... All our might cannot defeat the Darkest Day, the legends are lost, and the only thing we have left is time. Across every region, its the same. All hope is lost... but there’s a spark... and thats all it takes. Chapter 1: Prophetic Means The beginning of the end started a year ago... Its a time we all yearn for, when everything was normal, when the legends still existed. Then the Darkest Day came, and with it, the Evil Legends Giratina, Necrozma, Yveltal, Mewtwo and Kyurem. The legends were eradicated at their hands, and the planet of Pokemon fell under a dark shadow. Something foretold in prophecy, but lost thousands of years ago. “Darkest Day approaches. The Evil Legends appear. What must be done before the sun is lost and feared, exists only in story and myth. To find it is to save the world, to destroy it is to lose it. The flute can summon it, a plate change it, and rules bend to its will. This day will come when the legendary wolves appear.“ Oh, right, I should probably introduce myself. My name is Luna Aether, a charizard, and one of the last remaining normals. I live in a world of darkness, where evil has overcome light, where shadows are worshipped and light feared. This is the story of my journey to save the world. Edit: Can i ask for people not to post in here? Having posts inbetween chapters ruins the flow

👍 0
Posted 14/Mar/2021 00:03:58 (4 months ago)
Edited 15/Mar/2021 20:43:29 (4 months ago)
Chapter 2: How it came to be Long ago there was a prophecy. But it was fractured, split. One half described the end of the world, one the hero who would save it. “Flashes of wings, fastest flyer, soars the world on Wings of Fire. Lost and alone, but not forgotten.“ Luna didn‘t know the prophecy described a Mega version of her. Chapter 3: Journeys “This world is an apocalypse of shadow”, thinks Luna. Then she touches the one thing she has left of the normal world, a Charizardite X with an inscription. “Heroic you are, save the world you must, you have power.” She clutches it tightly, wondering when shell ever see another normal pokemon. Shadows fall across the land, and spotting a Shadow Fearow, she ducks out of sight. "Caw" it cries. I see no pokemon here, Commander. Should we go on? "Yes", says the Commander. Finally safe, Luna comes out from her hiding place. "The Shadow Spearow is gone", she mutters. Soon, it is nighttime, and Luna finds a place to sleep. For now, all is well. 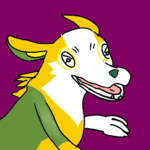