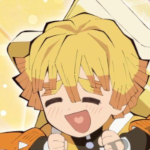 👍 49
Posted 17/Nov/2020 05:59:50 (2 months ago)
Edited 17/Nov/2020 18:04:31 (2 months ago)
if it was said that this would not happen or in the unlikely event that this is already planned, i am sorry c: i searched through everything the best i could and i dont think i found anything about this so its worth a shot! this is just a suggestion so just take it into your brain. i am emphasizing that its already close enough to christmas so that i wouldnt be suprised if something else is already planned! and that is completely alright, because next year exists! and the year after! so if this is considered, please keep that in mind. i just wanted to bring this all up ^.^ Suggestion Title: christmas accessory rerun Suggestion Summary: in 2013, which i believe was PF1 time, there were christmas accessories released in an advent calendar, giving 5 of each everyday. (see here and here) they do still exist on pfq, but they are /extremely/ rare so what im suggesting is that for this years advent calendar, the christmas accessories are rerun the same way that it originally worked in an advent calendar. bringing them back to pokefarm would have a few benefits Positive points: 1. takes the stress off the art team. i know they have been plenty busy and having to deal with another event would take away time from more important projects. they would not have to create 31 icons/drawings again or anything like that, and they could even reuse the advent calendar border from a previous year as well. it would just take off a great workload for them and let other more nessescary projects be the priority. 2. it would diversify the contests a bit and bring some more creativity/inspiration. the contests have been a bit stale recently due to the fact that there havent been many accessories added in recently, so by adding the christmas accessories back, i can see that changing. there is a lot more potential with them and i feel like the wing accessories would be especially popular! 3. players old and new alike would appreciate it. ive seen a lot of people dissapointed by most of the prizes being common and cheap ie consumables. by adding new items i feel like people would appreciate them more than gummis. 4. the calendar would work in the same way as it did last year, so im sure the coding is possible! 5. the only holiday accessories being halloween is a bit awkward? they are the only thing in my EX box (im unsure if any other items go in there that i dont have lol) so its a bit weird. by giving it a christmas counterpart, it would have things make things feel a bit more complete and make more sense. Negative points: 1. the art team may still have to touch up some sprites? that is not required of course but it could be a possiblity if some are not up to par. though to remedy that, i would say that they could release the sprites as they are, and retouch them up when they have more downtime. 2. i cant really think of much more at the moment, comment below maybe? Reason For Consideration: basically all said above, but summarized, it would take some work off the plate of the art team, return some cool items, bring some more fun back into contests, and boost spirits ^__^ discussion in the comments is very welcome, as well as upvotes! thanks everyone edit: oh, another thought, if they dont want to do the advent calendar thing, they could work in the same way that halloween accessories do. during christmas time, they are able to be found in scours. just a simple thought that id like to put here as well because that is a possibility too! let me know what you think
☆○o。  。o○☆ wwwwwww

👍 2
Posted 17/Nov/2020 07:36:29 (2 months ago)
Support 50/50 I think the fun of the calenders is definitely the art, and i'm sure the staff enjoy coming up with new things each year(of course I dont know for certain so dont quote me on it) But the accessories would definitely be a wonderful addition to the calender! I would enjoy seeing some cool christmas themed ones!
Add me to your click list! Noibat fields are all stacked!

👍 4
Posted 17/Nov/2020 13:30:33 (2 months ago)
Support! Ive always thought that you were supposed to find them in scour during Chrismast Time like Halloween accessories and I was just being unlucky. But being it only a one time event is kinda weird.
My first language is french! So sorry in advance for misunderstanding xD Click them, thankie! >> 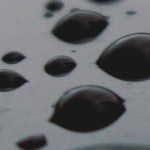 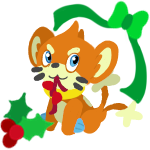 👍 2
Posted 17/Nov/2020 17:11:33 (2 months ago)
Well a friend of mine gotten the wings from someone who had them and I have them now so I guess they were transfered over from pf1 Proof: https://pokefarm.com/summary/VZZ4K
Avatar made by Marie-Chan Journal

👍 1
Posted 17/Nov/2020 17:16:11 (2 months ago)
thanks for the comments ^__^ i agree with you all! especially with audrey about the wings hnng i want them lol @saberstar2 while i do agree they most likely enjoy it, i do think there is a lot on their plates right now so by releasing something that wont take too much time away from other projects but is also going to be liked by the userbase is optimal in my opinion! i do understand if they still want to create art, but perhaps it will give them a bit of slack. @nightmon your comment reminded me that the christmas accessories could work the same way as halloween accessories if they didnt want to do the advent calendar thing.. added that at the end real fast in case that might be something theyd want to do instead lol :P @vaporeon26 oh cool! thats the first time ive seen them, i really didnt know they were still on the site, ill remove that i said they dont exist. 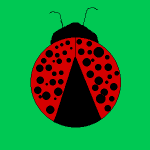 Well a friend of mine gotten the wings from someone who had them and I have them now so I guess they were transfered over from pf1 Proof: https://pokefarm.com/summary/VZZ4K
Regarding the "on what version of Pokefarm was the event for the Christmas accessories" question: 2013 was the year of the PFQ closed beta and the event was held on the said closed beta (so no, it wasn't on old PF, just on PFQ) and the Advent Calendar event was available only to those people who had access to PFQ at that time (to be invited to the closed beta you either had to be in the lucky chosen ones group, have made a high amount of interactions on a specific time frame - Edit: or hatch a lot of Eggs, I'm not 100% sure now but you can find this info here under the original version of that post, or... pay some money, if I recall correctly all the possible ways). Which, let's be honest, not only was a very long time ago but also very few people were able to participate in the event, most of which are very likely inactive by now. So it would be cool to see a re-release of these accessories.

Credits: *Image of Purple Glaceon used with permission* *Avatar is an official Glaceon sprite from Pokemon Conquest*
* My Journal * My Trade Shop *

This berry is favoured by those who train valiantly in physical combat.

A food item that raises a Pokémon's IQ. Ice-types like it the most.

A food item that raises a Pokémon's IQ. Poison-types like it the most.

A food item that raises a Pokémon's IQ. Dark-types like it the most.