Amanome
It’s no problem! I think one more character will do before we begin. Well... i guess I can put my characters here in the meantime, right?

Name: Xera Human/Pokemon?: Human Age (Optional): 15 Gender: Female Species (Pokemon Exclusive): Job (Human Exclusive): Medic Appearance: A pale skinned female with bright yellow, shoulder length hair and a yellow shirt. Her shorts are a basic blue as are her shoes. Personality: Friendly and open to chat about a lot, but often keeps Fora’s temper in check. Other: Based on X from BFB. Name: Fora Human/Pokemon?: Human Age (Optional): 18 Gender: Male Species (Pokemon Exclusive): Job (Human Exclusive): Battle Supervisor Appearance: A fair skinned male with shoulder length, blue hair. His sweatshirt is also blue, like his shorts and shoes. Personality: He tends to be a bit prideful and protective of Xera, and can occasionally lose his cool if someone is too rough around her. Other: Based on 4 from BFB.

Job (Human Exclusive): Appearance: A basic Snivy, but one of her eyes are blue. Personality: A fairly timid Pokemon who has access to a tablet, and always watches a strange show about living objects on it, much to Splodge’s dislike. Other: Name: Splodge Human/Pokemon?: Pokemon Age (Optional): 14 Gender: Male Species (Pokemon Exclusive):

Job (Human Exclusive): Appearance: Shiny, and has his tail painted like a Wobuffet. Personality: Fairly strict and rule obeying, and always has something negative to say about the show Vera watches. Other:
|| Mod Edit - Posts Merged ||
Avatar made by wobbegong! A friendly RP, open to all! 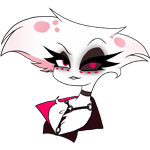 Avatar and Signature by me
I have a Pokemon Mystery Dungeon style RP going if any of you are interested in joining!

👍 0
Posted 17/Nov/2020 17:28:34 (4 months ago)
Edited 17/Nov/2020 17:33:32 (4 months ago)
name: dub human/pokemon: pokemon age: 8 gender: female species: kecleon appearance: unlike lili she wears a white ribbon and wears red glasses she is also shiny tho personality:sometimes she get flustered when she dosent hit in golf but most of the time she can get quite shy to talk and sometimes she wont even know what to say sometimes other: dub was really stupid once but now shes fine (not genius smart tho)

Amanome
Gotcha! I got a bit sidetracked and forgot about making the thread, I’ll get to it now. Here it is! Enjoy! || Mod Edit - Posts Merged ||

Personality: Rather happy and upbeat, although with a slight lazy streak. Happy to help others if he thinks it's for the right reason. Other: Couldn't resist. 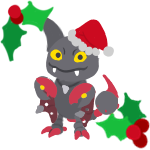 👍 0
Posted 18/Nov/2020 02:32:50 (4 months ago)
Seems we need some more human characters Name: Cleff Human/Pokemon?: Human Age (Optional): 20 Gender: Male Job (Human Exclusive): Pokemon Researcher Appearance: Silver hair pulled into a long ponytail, pale skin, magenta eyes. Wears an oversized black hoodie and a face mask. Personality: Quiet but assertive, often doesn't bother with conversations if they're not work related. Can have difficulty 'reading the room' and generally picking up on social ques. Other: He'd most likely be coming to the daycare because of all the different Pokemon there. Unless you have another idea Hope I'm doing this right