👍 0
Posted 01/Mar/2021 09:05:47 (1 month ago)
Edited 01/Mar/2021 09:06:59 (1 month ago)
Name: Zodiac (Yes i use her in all my roleplays.) Human/Pokemon?: Pokemon. Age (Optional): 19 Gender: Female Species (Pokemon Exclusive): Albino espeon. Appearance: Normal albino espeon, a bit more teal. Had a scarf on her neck natching her gem color. Personality: Sweet, kind. Kinda sassy and rude when needed Other: She can talk to people through their minds if shehas a high enough friendship with them. (nOte. Kinda important) In other roleplays Zodiac has a mate/Significant other. But it does not travel within different roleplays. So here she doesnt have a mate yet.
Avatar by @zubat. {W.I.P}

👍 0
Posted 01/Mar/2021 11:31:17 (1 month ago)
That's fine, although if you do lead her story to the point where she gets a mate, either get permission from another user for their character to be the mate or make one yourself. Besides that, all good?
Avatar made by wobbegong! A friendly RP, open to all!

👍 0
Posted 01/Mar/2021 19:56:26 (1 month ago)
Edited 01/Mar/2021 19:59:42 (1 month ago)
This is my FINAL character. *also Toren left so remove him* Name: Tide Human/pokemon: Pokemon ofc Age- 20 Gender: Male Species: Espeon Appearance: An Espeon but it's baby blue colored, it is unknown how or why. Personality- Protective, Caring, Sometimes energetic, Battle ready, enjoys messing with his psychic abilities, and shy* Other: No other notes.
Avatar made my crysta302 for my use only! 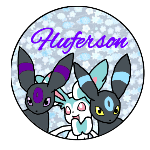 👍 0
Posted 28/Mar/2021 22:27:34 (13 days ago)
Name: Bud Human/Pokemon?: Pokemon Age (Optional): Unknown Gender: female Species (Pokemon Exclusive): Leafeon x sylveon Appearance: she is like a sylveon but her ribbons are leaves that never die off, she is fluffier then she seems, she was born with 3 legs, she has dull blue eyes Personality: jumpy,shy,accepting,caring, sensative Other: Bud is sensative about only having 3 legs and doesn't like meeting new people, she will battle people but only if she really trusts them. Bud loves flowers and plants
Hello! I'm Fluferson! I love to draw, actually my profile is done by me! Have a lovely day!

please click? Looking to join some RPs :D Pm me if you have one I should join! my rp! another! :D

👍 0
Posted 31/Mar/2021 10:02:02 (11 days ago)
Name: Ray Human/Pokemon?: Pokemon Age (Optional): (Unknown) Gender: Female Species (Pokemon Exclusive): Charizard Job (Human Exclusive): Appearance: The standard design, but with yellow scales and a light pink underbelly. Her tail flame is a light purple, and so are her eyes. Personality: Happy, excited, a little lazy, cheerful. Cares deeply about her friends. Other: She was raised in show business, then released when the company failed.
Avatar made by FrigidMellohi Visit my shop! https://pokefarm.com/forum/thread/301653/Gardevoirs-and-Co-Boxes-and-gems/post/5875380

👍 0
Posted 01/Apr/2021 02:31:27 (10 days ago)
Edited 01/Apr/2021 02:31:38 (10 days ago)
Name: Candy Human/Pokemon?: Pokemom Age (Optional): 20 Gender: Male Species (Pokemon Exclusive): Albino Lopunny Job (Human Exclusive): Appearance: A pure white Lopunny with beaming red eyes; Likes wearing skirts and is often seen wearing one Personality: Very cheerful, but intimidating due to his eyes. But he wishes not to be intimidating, since he has only a few friends because of it. He often finds himself trying to make new friends but rarely succeeds. Only a few times has he ever been called “Beautiful”. Other: Im going to draw him soon, so when that happens i will update this post with some of his outfits ^^