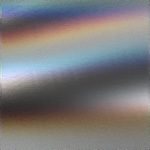 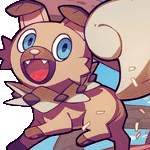 👍 0
Posted 09/Jul/2021 00:43:50 (11 months ago)
Ghostish Blades Species: Aegislash (if that's not allowed, then the species will be Gengar and the name will be... Well it won't have a name. Just refer it by Gengar.) Gender: Male Appearance: Very, very rundown Aegislash. Notable characteristics: Can be either sword or shield forme (if that's banned, then it's gonna be sword forme.)

Species: Leafeon Gender: Male Wild Appearance: Albino Notable characteristics: He's noticed for his albino appearance. He shows off a bit too much and is a prankster.
welcome Twilight - she/he/they - 11 - please join my sci-fi roleplay

A gem with an essence of darkness. 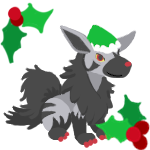 👍 0
Posted 14/Feb/2022 22:12:55 (4 months ago)
Edited 14/Feb/2022 22:14:29 (4 months ago)
Idk if i'm supposed to start a thread if I want to start but Pepper the Raboot Gender - male Trainer- Daniel (My made up trainer name) Appearance- Normal raboot with a green headband that he sometimes ties around his waist. Notable qualities- He can use a few moves his line normally can;t use like Extreme Speed and sucker punch, but not very well. He also carries a poke doll and a shiny charm that he uses sometimes to contact his trainer offscreen. He carries the items in his fluff somehow. Moves known (More than 4 but he only uses 4 per battle) High Jump Kick A weaker version of Pyro Ball Flame Charge Sucker punch Bounce Iron Head
Always taking nicknamed quirky/jolly mon.

Species: Absol/Ninetales hybrid Gender: Female Trainer: Wild Appearance:Has the body of her Ninetales mother,with the colouration and horn of her Absol father Notable characteristics:She has a small scar on her snout,and she usually doesn't speak,due to the fact that she's afraid of accidentally making everyone hate her.(she has social anxiety)Her parents met each other in a Daycare,then she existed.No one wanted her,because she was peculiar.Due to her Ninetales ancestry,she can see the future,not just oncoming disasters.
Join my Warriors RP,I'm bored Looking for art! My Final Fantasy XIV fanfic!(unfinished)

Species: Audino Gender: female Trainer?: Used to but the trainer sorta pushed them to far and abadoned it Appearance: A normal audino but it has a nurse joy's hat from a abadoned pokemon center Notable stuff: none lol Personality: Even after all she has been through, she is still kind and caring and is basically trying to protect everyone ( other than the people that hurt her obviously )
Luna/Sol, She/Her and He/Him pronouns please!! And happy pride month :D
current:

Wish that Albino Jirachi comes home like Ayaka did for me
upcoming: