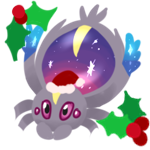 👍 0
Posted 22/Apr/2020 23:05:03 (2 months ago)
<It's alright, dear! There were a lot of posts lmao> Ondine balked as the guardian shattered. When they felt the air was safe enough for them, they walked up to Rythian and put a wing on his shoulder. "Hey, how are you holding up? Sorry I ran. I felt- well I thought Cairo was in trouble so I....." They trailed off, suddenly fidgeting with their messenger pack that held their items.

👍 0
Posted 25/Apr/2020 14:58:28 (2 months ago)
Neo let out a breath he didn’t know he was holding. All he could really do was nod along and laugh just a little; he had to catch his breath. It’d be lying though if he didn’t admit to having felt a sense of pride. Not only did they just wipe an entire Monster House, but Neo got in the last hit! As he went around trying to pick things up, his stomach began growling as well. With his strength back, Neo spoke to his partner with a chuckle. “You’re not the only one! But the only berry I’ve seen in here is this Cheri Berry.” It was kinda disappointing to Neo that there weren’t any Orans, since the both of them could really use one. That’s when, in the dark of the cavern, he found that Shiny Box. He was awestruck. To find a box on one’s first adventure?! They had to be lucky! “Dustin!! Look what I just found!!” This had all the other stuff they picked up beat, in Neo’s eyes at least. “There’s gotta be something cool in here, we gotta get it opened first thing when we get back!” Neo even surprised himself with how excited he let himself show to be. Guess when you go through impossible odds with a companion, you start to trust them. (@DreamThief and @Painted94)
❗️I’ve got an art shop❗️ Come see it: The Beast’s Art Shack!

👍 0
Posted 26/Apr/2020 04:04:38 (2 months ago)
Blaze is quite confused about the Mission Board, because he doesn't know what it does.
Avatar model ripped from Super Smash Brothers Ultimate by The Model Resource 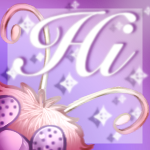 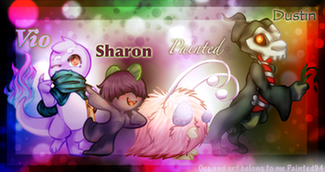 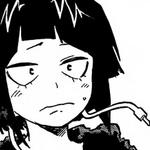 👍 0
Posted 26/Apr/2020 23:27:07 (2 months ago)
(Oh my godness i just realized it's been about 24 days since you've posted. I'm so sorry for making you wait so long.) Silfie Huh. Fragrent Meadow and Charmander. She looked on the board to find the mission. One star. Not that hard. She thought for a bit and thought she could do it. "Yea. I can do that one! Nice to meet you Demetrius! My name is Silfie." She held out her paw and touched his wing in order to shake it. (shaking hands but I don't know why that sentence sounds weird for me). (@dingo blue)
Currently busy with life. Toyhouse/Discord
Lia/Lou (Plus Ultra!)#0694
/Profile Picture
Official BNHA Art
Signature by my sister, Rumi. Background is an aesthetic image found online. Art drawn by OldSlappy 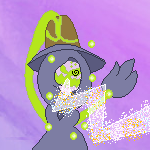 👍 0
Posted 03/May/2020 13:10:48 (2 months ago)
Hecate looked at the mission board for a bit. She saw that there was a mission that needed someone else on it. “Fragrance Meadow, huh?” She said to herself, feeling like she had heard about this place before. “Sounds easy enough!” She said. She met up with Silfie and Demetrius. “Name’s Hecate!” She said, jumping a bit for emphasis. “I’ll be going to that forest with you. Nice to meet you two!” @loucario girl @dingo blue 👍 0
Posted 03/May/2020 23:07:00 (2 months ago)
Seeing the loot infront of him and Neo made him seep out a sigh. Well a berry is a berry so maybe it'll come in handy somewhere. After viewing the berry the topic immediately jumped to that box. It was prestine and almost reflective looking, hard to miss. He had no idea dungeons came with such mysterious items. "It's something, for now we'll just have to tread carefully...that box. One can wonder...what it has." He paused seeing as he wasn't sure what to do with the item but it sure seemed like Neo was capable to handle it. Only to then look towards the area they had walked into. "The only way to go is the other way from that room before. We'll need to move soon or risk being caught out by others deeper in here. Try to stay close and don't leave backs open." Survival like instincts showed he was already onto getting through the place further without delay but not with rush to go from excitement alone. This was important seeing as time stops for no one and while they can continue to oggle the prizes, it was better to keep eachother safe from sneak attacks seeing as their health was low. @Tenshi-Akuma123 @DreamThief