1. PFQ forum rules. 2. You can only have one trainer. You can control the actions of their six Pokemon, but no more. That would allow you to bypass the next rule and would overall be to overwhelming. You still get the max of seven characters, so don't complain. I mean, you can, but it won't do anything. 3. This is for balance, and I may receive hate, but no legendaries or Arceus. Other than that, you can have one mythical on your team.

Ok. So, it should be fairly obvious, but if not: it wouldn't be fair. Firstly, multiple trainers wouldn't be able to have the same legendary. There's only one Giratina, ruler of the distortion world, but there are multiple Shaymin as shown multiple times. Secondly, their powers vary vastly. Cresselia? Gives dreams. Kyurem? Almost froze a region after stealing the body and DNA of one of its counterparts. Victini? Gives a power boost to others that makes it hard to lose (in actual battles, if you've fought one, obviously you can win). Uxie? Can wipe your memories or just make you an absolute idiot. See the difference? Arceus is just a no-brainer. Not letting you own god.
4. Please let me know if you find any errors.

Username: SnivyQueen15 Trainer name: Mariah Age: 12 Gender: Female Sexuality: Straight Team: - Snivy - Hawlucha Other: She's just began, so she only has two Pokemon for a reason. One is her starter, the other was gifted to her. Appearance: Just like May, but instead of a green headband she has two pink bows, and wears a long green sundress and pink pumps.

Username: phantomtetra101 Trainer name: Meguira Age: 17 Gender: female Sexuality: pansexual Team: - Volcarona, Amit - Dusclops, Cy - Mudsdale, Clops - Shaymin, Leo - Shiny milotic, Aria - Jangmo-o, Timpani Other: Having helped Leo when he was injured meguira was followed by Leo for days before she decided to allow him on her team, though he mostly acts as a mascot. Not one to stop challenging herself meguira is travelling all the regions battling strong opponents. Appearance: Standing at 5'7" with a well muscled build, meguira looks as though she fights just as much as her pokemon do. Several scars marr her sunkissed skin, the most prominent being over her right eye: a long jagged slash that starts from her eyebrow ends on her cheek. Waist length red hair is normally swept over her sightless blue eye. One to dress practically meguira tends to wear a black t-shirt and a loose pair of blue jeans paired with black sneakers. A grey backpack holds all of her supplies.

Username: Gracidea Trainer name: Darya Age: 18 Gender: Female Sexuality: Pansexual Team: - Floatzel, Twist (M) - Keldeo , Kelly (Genderless/Resolute Forme) Other: She was born in Seafolk Village and would literally rather swim or surf than take ferries to her next location. If she has to, she'll walk but she doesn't seem to like it much. Appearance: 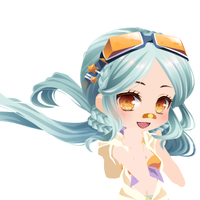 Username: EdgyWolfPokemon Trainer name: Roxy Age: 15 Gender: Female Sexuality: Lesbian Team: - Torracat, (Flare) M - Noivern F - Frogadier,(Mizu) F - Zeraora, (Denki) - Dewott, (Aquarai) M - Lycanroc (Midnight), (Zipp) Other: She got Flare as a Litten for a starter and it evolved, and she has gotten Pokemon on her journey . Appearance: She has a wild Zoura who she helped, and whenever it visits her, sits on her head, she has a red shirt with jeans, she has a mega and z-ring on each wrist, she also has a bag with items.

Username: SerenaandPeach Trainer name: Sandy Age: 16 Gender: Female Sexuality: Bi Team: - Ivysaur, F (Peony) - Clefable, M (Kirby) - Raichu, Alolan Forme, F (Cocoa) - Glosipod, M (Lake) - Victreebell, M (Lemon) - Magearna, Genderless (N/A) Other: Sandy calls the Magearna Gears, despite not actually having a nickname for it. Also, Sandy came from Kanto to Alola, hence the mix of Alolan and Kantonian Pokemon. Appearance: Sandy is a darkly tanned trainer, with yellow eyes, red hair that reaches her shoulders, a pink tank-top, blue jean shorts, and black sneakers. Her body is also covered in freckles. She's spunky and adventurous, while being a bit of a hothead. She's still a sweetheart, and will fight for you if you're close enough to her. She usually wears a cap that resembles that of the gen 7 male protagonist, and has a bookbag like his too.

Username: Shinobu Trainer name: Lanesra Age: 11 Gender: F Sexuality: Unknown Team: Serperior , M (Hyacinth) Carbink , N/A (Polaroid) Hydreigon , F (Voodoo) Nidoking , M (King) Skarmory , F (Knives) Jirachi , N/A (N/A) Other: While young, she is still a very experienced trainer who doesn't take crap from anyone just cuz she's still a kid. She's extremely feisty especially, to anyone who underestimates her. She usually likes to get on with her own thing and isn't too concerned with making friends along the way. Of course she has a huge soft spot for Pokemon, she collects berries she finds on her adventures and feeds them to her party or scatters them for the wild 'mons Appearance:

A short and pale girl with dark, brunette hair in two space-buns and bangs. Her eyes are a pale lavender. She wears a white top with a cream woolly, loose open sweater. She also wears a white skirt along with knee-high, laced up pink boots. She ties her hair up with two loose and floppy bows.

Username: toffeebean Trainer name: Kiki Jones Age: 14 Gender: Female Sexuality: Pansexual Team: - Whischamott/Mesprit, Toffee - Sneasel, Jasper - Froslass/Glaceon, Chrys - Mawile/Goomy, Archie Other: Kiki is someone you could describe as bipolar. Half of the time, she is extremely introverted, and stays to herself, often reading a book. However, the other half of the time, she's a party animal. Just about the opposite of her other side, she is extremely happy to walk up and talk to others, whether she likes them or not. She also seems to enjoy teasing other people with her words. She has a Mawilite, as well as a few potions and Great Balls on her. Appearance: 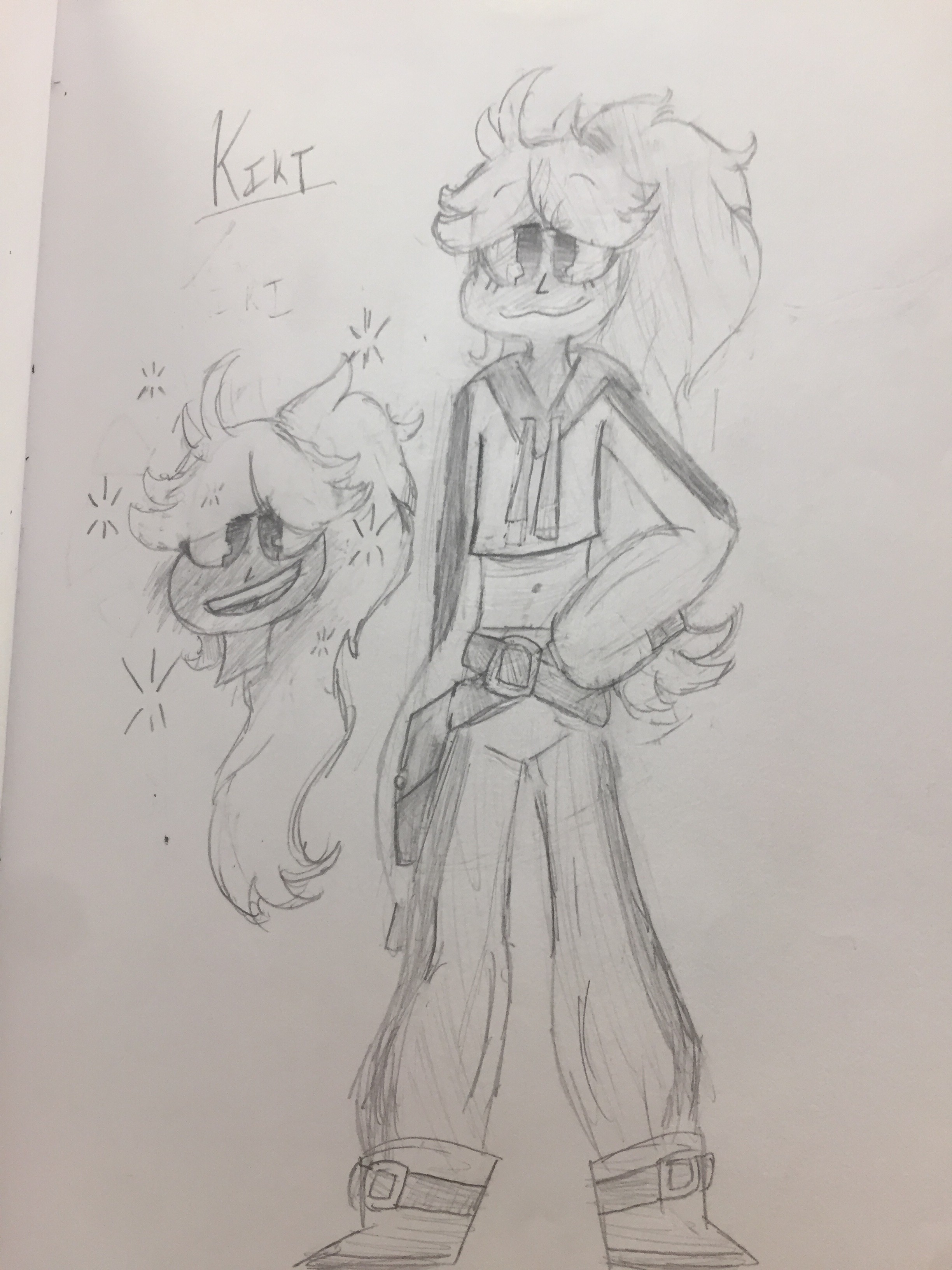 Username: Geminial Trainer name: Harriet Lucelli Age: 14 Gender: Trans male Sexuality: Bisexual Team: Female Albino Eevee-Esme Male Liepard-Libra Female Liepard-Lia Male Albino Sneasel-Seris Female Lilligant-Peyton Male Unfezant-Ucair Other: He thinks before he acts, but he can’t hold back his words. He has no filter when it comes to talking. (More personality+traits revealed in rp) Appearance: An extremely feminine body. He did not have the operation yet, so he just binds his chest. He wears a puffy lilac t-shirt, and brown jeans, with brown boots that go halfway up his thighs. He has pale skin, and a lot of freckles all over his body. You‘d be hard-pressed to find a spot on this boy NOT dotted with freckles. He has long, curly red hair that he keeps tucked into a puffy lilac cap, so only the tips are visible. He carries around a neon green bag designed to look like a big, green, Pokéball.

Username: PlushieDeer Trainer name: Micky O'Hara (Ghost Type Trainer) Age: 14 Gender: Femme Nonbinary (She/They pronouns) Sexuality: Demiromantic Asexual Team: - Shuppet (Sammy) (Partner) - Ghastly (Spectre) - Phantump (Samhain) - Misdreavus (Maeve) - Pumpkaboo (Willow Wisp) - Mimikyu (Scrappy) Other: A little sickly growing up (that's why she left on her journey late), spent a lot of time wandering around graveyards/haunted places and befriended lots of ghost Pokemon, kinda weird and tends to unnerve people, likes to climb trees/be up in the rafters, likes to jump out and scare people, wants to be a Ghost Type gym leader. All her party are young ghost type Pokemon she befriended near where she lived with her aunt growing up. She recently set out on her journey and none of them have any idea what they're doing, but they're gonna do their best. Sammy was actually a shuppet that she hatched from an abandoned egg, they have a super strong bond and do everything together, he's almost never in his Pokeball, and Micky feels insecure and anxious without any of her Pokemon, but especially Sammy. Appearance: Long, messy black/purple hair that covers her eyes and reaches down to her chest, very pale and skinny, on the shorter side (4'9), wears a long purple poncho with a hood that looks a great deal like a shuppet, it has a weird eye symbol on the front that every time you ask her what it means she gives you a different answer, black jean capris and beat up combat boots, if you were to see her eyes they look like a Hex Maniac's.

Username: Ivotin Trainer name: Ivo Age: 13 Gender: Male Sexuality: He likes girls (straight) Team: Nidorino: Like Ivo himself, he is going through "a phase" in which he is unsure of hismelf. Mareanie (F): Even if this pokémon might seem lonely and dark, she acts playfully when Ivo is around. She will no doubt attack anyone that tries to damage Ivo or her teammates. Salazzle (M): After being made fun of because he isnt able to evolve, Ivo took care of him. Bulbasaur (M): His starter that is always there if you need someone (or something) to talk to. Other: He feels usnecure de to being a kiddo that has always been living in his parent´s house. He wants to prove hismelf, and he will no doubt do anything he can to reach that goal. He hasnt finished making his team yet, cause he is waiting to find a Pokémon that truly deserves a good trainer. He always tries to look funny and enrgetic, but sometimes he goes through some stuff. Appearance: A smal boi, his hair is messy, but he ends up using it in a way that looks good. His shirt is Red, his pants are black and he has a purple hat. He rocks some red sneakers. He has brown eyes and a brown~blonde hair colour. 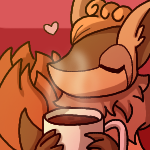 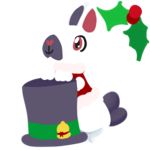 👍 0
Posted 23/Jul/2019 08:02:51 (8 months ago)
Username: phantomtetra101 Trainer name: meguira Age: 17 Gender: female Sexuality: pansexual Team: - volcarona, amit - dusclops, cy - mudsdale, clops - shaymin, Leo - shiny milotic, aria - jangmo-o, timpani Other: having helped Leo when he was injured meguira was followed by Leo for days before she decided to allow him on her team, though he mostly acts as a mascot. Not one to stop challenging herself meguira is travelling all the regions battling strong opponents. Appearance: standing at 5'7" with a well muscled build, meguira looks as though she fights just as much as her pokemon do. Several scars mar her sunkissed skin, the most prominent being over her right eye: a long jagged slash that starts from her eyebrow ends on her cheek. Waist length red hair is normally swept over her sightless blue eye. One to dress practically meguira tends to wear a black t-shirt and a loose pair of blue jeans paired with black sneakers. A grey backpack holds all of her supplies. Hopefully she good and a shaymin is ok to have in beginning)

Made with the website Tattered World's avatar creator
Hi whats up my name is Jared, 19, and I never frikin learned how to read