...
And how would this resolve the issue of people having their Fields hidden because they have a collection of special Pokémon that they don't want random people begging them to trade for? While I know such begging is against the rules and reportable, I think opening the floodgates like that is quite a harsh "punishment" for getting Rus!
not sure if this does sound to crazy, or one even can do this...but after reading the last pages... you want this stopped, that people do not do this and just follow rules so no punihment is needed that maybe could hit those who do nothing wrong too, like when no pokerus anymore, or forced open fields for pokerus or such. But some will still do it, because they like to break rulles or dont know bether or dont know they do something wrong or made mistake...., ...other dont want forced open fields because they did hide them to sort them or to not gain exp or because there are there special, or gift or contest... or to not get pm about trades and begger...and so on... so....maybe grey out the poke in this... possible or not...forced open fields... ....no name of field or poke... no nothing is shown from the fields only field1 to...., Only for this moment stacked poke who look just something like a shade of grey or colour dot in green or red when it is the right or wrong food ... people can click it when it was a forced open field and no exp gained to those poke...and nobody then owner know for this moment what poke are in this fields (atleast when they where forced open and not open, those open ones you can see, cllick, give exp or ask in trade when they are for trade...only not the hidden ones those are of grey shade/dot^^) So no people can beg/ask for anyhing, as they dont know if this is a special or what poke... like you sometime have when there is a lag then it is only a dot like thing in colour of like or dislike food...and for those who want there eggs clicked maybe people are asked to not forget to click the party?
🐾 Please support this suggestion from me^_^ support: show upvoted really as up-voted I do look for high or perfect iv poke,love for free or trade/swap...i do trade or swap for high iv poke or perfect pidove^^ with iv friends an friends i like to gift 5-6iv after hunts^_^ ->can trade s-a iv pidove, for zc-gp or credit .

👍 1
Posted 02/Jul/2019 21:03:22 (10 months ago)
...or we couldn’t count interactions in hidden fields towards pokerus? Like, if any interactions were made to Pokémon in a hidden field (via link), they won’t count towards pokerus at all. No field unlocking required.
I’m Flarina! :3 Feel free to message me about anything. ^-^ I am a simple woman. I see melan dexes, I click. Typerace: 208
🐞Spots on! A Miraculous Ladybug clan🐞 Avatar by Carniv Creations of my dragon fursona, signature by myself! 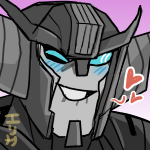 ...or we couldn’t count interactions in hidden fields towards pokerus? Like, if any interactions were made to Pokémon in a hidden field (via link), they won’t count towards pokerus at all. No field unlocking required.
If all fields are hidden theres the grey area of eggs people clicked hatching and being put in hidden fields and not counting... and i feel ike coding it to do otherwise would be hard. Sally would have to track times eggs were clicked. Even then if you repeatedly clicked someones party prior to rus you still deserve that increased bonus of getting it next time Again. What if people just... dont break the rules? Haha
icon commissioned offsite 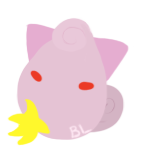 👍 0
Posted 02/Jul/2019 21:25:56 (10 months ago)
I’m really sorry if this is in any way my fault for bringing up the whole analysis thing. I only want to help the staff and users. Hopefully this can be resolved with peace. 😊
Freebie by HeyItzJake

Art by BananaLizard, for my use only 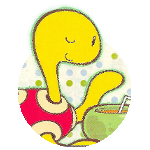 I’m really sorry if this is in any way my fault for bringing up the whole analysis thing. I only want to help the staff and users. Hopefully this can be resolved with peace. 😊
It's not your fault, this argument has been happening since thread start, it's going in a circle constantly because no one listens to the same argument being made everytime they make the same suggestion.
Avatar and Template by Galladerox
From Gallade's Freebie Thread

👍 1
Posted 02/Jul/2019 21:58:20 (10 months ago)
I'm really glad this has been noticed by staff! Thank you for bringing it to light. I've seen it happening for a while, where feilds get locked and parties emptied. It's super annoying when you're doing an honest rus hunt >.< I feel like the most simple and fair way to deal with it is to give those caught in the act 1, and only 1, warning and repeat offenses get punished the way staff see fit. It'd be nice to see this exploit happen less regardless of how it's dealt with ^^
Icon drawn by me :3
My Shop

👍 0
Posted 03/Jul/2019 01:33:35 (10 months ago)
I thought we were having a discussion. If people are hurt by what others are saying, that’s on them. No need to apologize for what came of a mere suggestion or idea. As long as it’s following site rules, I don’t see a problem with merely talking about it. ._. @Kymahwolf, It’s definitely been an annoying thing to witness while RUS hunting. It sounds like the mods what they’re doing, and I hope this situation gets dealt with. :3 Honestly I wish it wouldn’t have to come to changing pokerus at all because of a few people.

👍 15
Posted 03/Jul/2019 13:51:43 (10 months ago)
Edited 03/Jul/2019 13:52:50 (10 months ago)
This is no different than regular rule breaking. cursing in the forums, double posting, stealing, account sharing, multiple accounts. People have always suggested ways to detect these things and putting more work on the mods It's so beyond simple. Do Not Break The Rules. Get a warning then get banned. No need to make a new system No need to make more work No need for the suggestions Regardless of what it is someone's gonna break a rule no matter if it's this one thing or not, they get a warning and then get punished. No point in doing anything unnecessary I don't know why this has genuinely gotten me upset, I don't usually get this worked up. I feel so strongly about people breaking rules and I hate that the mods gotta deal with this. This will be my last post on the matter, last thing I want is a mod having to deal with me as well lool
T h e P r i n c e s s S h o p

Avatar by Arkiger
Signature by CatEnergetic, with help from Wardove. Official GIF from Steven Universe!

👍 14
Posted 03/Jul/2019 16:55:38 (10 months ago)
Edited 03/Jul/2019 16:56:58 (10 months ago)
Sorry if this comes off weird, I have a lot of trouble expressing myself, especially in written form. Also my intention is by no means to add fuel to the fire, so if you feel this comes across as this, then I apologize in advance. I've just practically read all the posts in the thread for the last few days, safe for the latest ones, and after much hesitation wanted to participate. I just don't understand what the fuss is all about? The whole point of the post, to me, just seems like a warning? Nothing more? The people abusing the system are obviously fairly involved in the site, otherwise why would they put time and effort into doing all this? If these people are smart, and frankly I think they are, then they'll just stop. I doubt they'd risk a ban, since, as I said, they must have strong ties with the game. And there you have it. They'll stop. (Alright, I'm a fairly naïve person, so that's how I see it. Realistically, some might try again a few months down the line, but then, if as staff says it's easily detectable, the risk is theirs to take.) Also why would you assume avid Pokérus hunters and people locking their fields have anything to do with this post? If you have locked your fields to avoid Pokémon being levelled up/to avoid people asking you if they can buy your Pokémon, or any reason whatsoever (you shouldn't have to justify the way you want to play), and you actively didn't have anything to do with the abuse of Pokérus, then why would you even get scared? If you're very active in Pokérus hunting, of course you're going to get it often, that doesn't mean you're a cheater? And if people report you for that? It's just a report. Staff will see that nothing is wrong, and that'll be the end of it. I get the original post might have come off as... passive-agressive to some? But that's just individual interpretation. I just see it as a fair warning, as it's stated. How else should they have talked to potential cheaters? (Also, but that's just naïve me talking again, some of these people abusing Pokérus might have not even realized the extent of their actions? Maybe this post served as a wake-up call?) In short, there's absolutely no reason to freak out. The way I see it, for now there's no need to find a solution. There's no need to start to suspect one another. You're good.