Forum Index > Other > Other Clans > 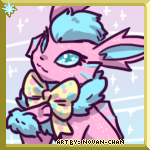 1. PF/PFQ Rules apply obviously. 2. Don't take your anger out on other members. If you're going through personal problems and/or are angry for some reason, don't take your anger out on other members of the clan. This isn't the time or place to do that. Not now, not ever. 2(a). "If you can't say something nice... don't say nothing at all." - Thumper from Bambi. This is an add-on to the rule above. There's never a good reason to be insulting and mean to someone. It's just horrible and you're making yourself look bad if you do it. If you're angry at someone, ignore them. If they keep on bothering you, then ignore them. Otherwise if you "fight" or "argue" back then you'll be just as bad as they are. 3. Have fun and enjoy yourself~ Make some new friends in this clan, and have fun. It's a bad thing to be grumpy all the time.
Now that we're done with the rules, let's move onto our daily talks and conversations! The topics, of course!

Pretty much anything related to Disney, as long as it's kid-friendly and appropriate. Such topics include: 1. Any movies and shows. You can talk about your favorite Disney movies and Disney shows that you may have enjoyed when you were young or used to watch on TV. 2. Comics and books. TLK (The Lion King) comics were popular and they still are. Whether you have a favorite character that only exists in the books or comics, it's free to talk about them here. 3. Merchandise: clothing, accessories, figurines, and the sort. Any of your favorite Disney merchandise, new and old. 4. Any theories. Now, I'm a bit iffy about this topic, as some people can't control themselves, and tend to start arguments because someone won't agree with them, but if you can show me that you can be trusted, then by all means share your theories with us, after all, no theory is right nor wrong unless proven by the creators of said movie otherwise. (For example, TLK fan-made comics, the comics not published by Disney, shows some pretty interesting theories as to how Scar became the way we see him portrayed in the first movie, as well as how he got his scar, how he met the hyenas, everything.) After all, the comics published by Disney weren't made by the creators of TLK, unless the creators say that happened, then no one is right nor wrong. So, please, don't fight and argue over something like this. 5. Any fan-art/artist. If you have a favorite artist, then link them to us. (If they're work is safe and not adult.) We would love to see them! 6. Any fan-fiction. Some of us like to read fan-fictions and we would love to see and read some more. As long as they are kid-friendly/PG-13) 7. Maybe some more ideas for a future Disney movie? Any movies that needed sequels but still hasn't gotten anything. This also includes for shows, if any show ended in a bad way and you would like to talk about an alternative ending or maybe it needing a new season. 8. Games. Video games, board games, any form of game by Disney. 9. Songs. Any songs that you happened to like. 10. Characters. Your favorite/least favorite characters. What you would change/wouldn't change, why you like them. Any spoiler will be kept in properly labeled [*hide] tags. This also includes for old movies since it may have been a while since a user has watched a movie or maybe they never watched it at all. So, please, when talking about movies (*especially movies*) put the text in tags and label them properly. This may apply to some books and comics, or even in some TV series and spin-offs.
Now, with such a huge list, we should always be in a conversation. Granted in a non-spam-my conversation, but it's a conversation, nonetheless. Now, the form to join us is right below, just fill it out, and you'll be a part of the clan.

List of Dreams Awaken Clan Members
I glisten in the sun like a vampire. Avatar drawn by the amazing Novan-chan.