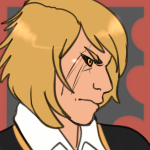 What Should be Noted

1) You are free to claim the sprites I posted here. It should be noted they will be posted as a entire line whether than one single Pokemon. This does include Megas. This means you do end up claiming the entire line and not just one Pokemon. 1A) A list of each line will be linked here. 1A) I will be treating Alolan Pokemon as their own line. 2) If you want to reupload a sprite somewhere else after you claim it, that's fine by me. All I ask is for credit for those sprites. You are free to tweak the sprites as well if you like. 3) Be generous when it comes to the sprite claims. XD I do pay attention to the people who do claim my sprites and I would appreciate not seeing the same people often claiming them, I do want some users to get a chance ^^ 4) Understand this will take a while for me to get to. 5) Suggestions =/= requests. I use requests as a term for anything in my sprite dump. I use suggestion as an term for here. Suggestions are first come first serve. Suggestions are basically there to tell me what you guys want to see in the next batch. Just because you suggested it doesn’t mean you automatically claim it because of that. This is to prevent a situation where I have users preclaiming many sprites at once! do have plan to try to post these sprites at random times to be a little bit fair to those in different time zones 6) The point of this project is to fuse all (god knows how many Pokémon out there) Pokémon with Cosmog. I am not accepting any suggestion that involves something along the lines of: Pokemon/Pokemon/Cosmog. You may request that in my dump (when it’s open). 7) When it comes to claims, I prefer one claim per person (at a time...meaning you are free to claim another Pokemon after I finish your claim). If I did your claim in the same post, I do ask to avoiding making further claims of any free Pokemon within that post. (For example, if you claim a Fennekin line and I post it with a Absol Line, you may not claim that Absol Line). 7A) The only exception to this is is if that sprite remains after a certain amount of time (a week). When that time past, anyone can claim that free sprite regardless on if they claimed a sprite or not. 8) I'm fine if you give away a sprite I made! However, please give me a fair warning if you do because I would like to make a note of that change in my list. I will be adding these or at least updating the rules with that as soon as I can.

Burmy Line
Free for anyone to use: Unown Line.

This is a link to the Cosmog Line Project folder in my DA: Boop. They will be in order there. Conyjams- Sprite Sheet/Permission to confirm sprites are free to use
Avatar of my oc was created by SaintNevermore! My Journal: [x] My Sprite Dump: [x] Cosmog Sprite Project: [x] 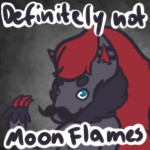 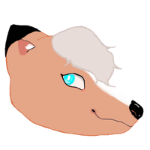 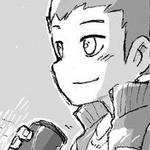